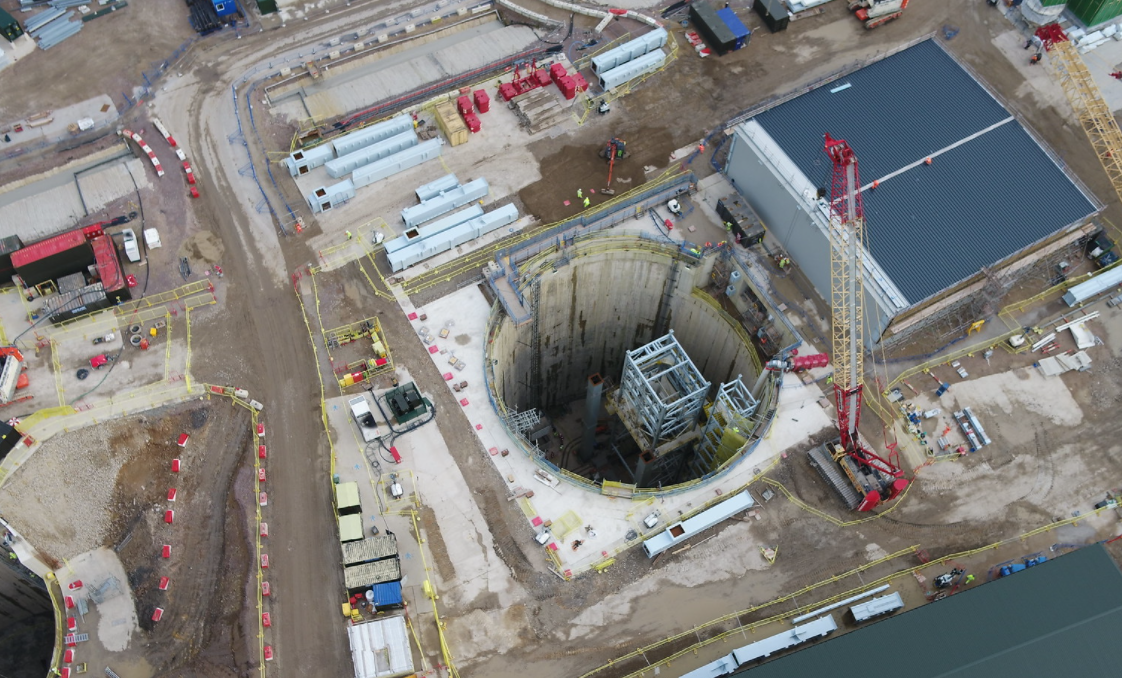 Anglo American provided a progress update today on the Woodsmith Project, the polyhalite
fertiliser mine being developed on the North Yorkshire coast, as part of its interim results
announcement to the London Stock Exchange.

The company revealed that 1,300 people are now employed full time in the construction of the
project, up from 1,000 at the end of last year, and will shortly hire more than a dozen local
apprentices to add to the 14 already employed on the project. Hundreds more contractors and local companies are engaged in the supply chain.

During the company’s investor call, Anglo American Chief Executive Mark Cutifani revealed
that excavation of the 23 mile conveyor tunnel from Teesside to the mine at Whitby had reached just over 9 miles, beyond Lockwood Beck where the company is sinking a small intermediate shaft for tunnel ventilation and access.

That shaft has reached its full depth of 383m and is being lined before connecting it to the tunnel.

Mr Cutifani also said that shaft sinking at Woodsmith Mine had begun on the service shaft.

The company expects to invest around half a billion dollars (£360m) on the project this year.

“The first half of the year hasn’t been without its difficulties for everyone, not least because of
the ongoing restrictions that we’ve been working with during the pandemic,”

“But I am incredibly proud that the whole team has pulled together and that we’re continuing to provide important opportunities for people in the region. We’re determined to provide as many jobs for local people as we can and build a long term local workforce – our apprenticeship programme is testament to that.”

The company has provided £150,000 so far this year to support local organisations in North
Yorkshire and Teesside, part of a £300,000 Social & Economic Development Plan designed to
help increase employment opportunities and raise aspirations in the region.

The project’s charitable foundation has donated £236,328 to good causes, including over £125,000 in Covid- 19 recovery funding and significant donations to food banks and other emergency food supplies
during the pandemic.

“We continue to identify ways in which we can help and support people, business and
organisations in the areas around our operations,” added Mr Fraser.

“Anglo American is committed to the area for the long term and is determined to make a positive impact on the health and wellbeing of our communities, as well as the local environment.”

The Woodsmith Project involves digging two 1 mile deep mine shafts at Woodsmith Mine near
the village of Sneaton near Whitby, and a 23 mile transportation tunnel to a processing facility
and port on Teesside.

In a world first, most of the surface infrastructure at Woodsmith Mine is being built underground and the site landscaped to minimise the visual impact on the surrounding countryside. It will mine a giant deposit of the mineral polyhalite, which will be sold as a natural, low carbon environmentally friendly fertiliser.