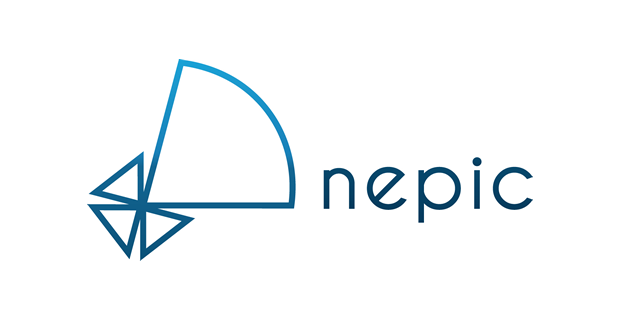 My special report on Tecnon OrbiChem’s Bio-Materials newsletter this month was about fermentation-based surfactants particularly glycolipids given BASF’s recent investments in this market.

Unilever was also mentioned in my report as one of the big consumer brands that are now also using glycolipids in some of its detergents portfolio.

Unilever’s goal, as publicly announced by the company last year, is to convert 100% of its fossil-based raw materials in its cleaning and laundry product formulations in brands such as Omo (Persil), Sunlight, Cif, and Domestos, with renewable or recycled carbon by 2030.

This goal is a core component of Unilever’s ‘Clean Future’ program designed by the company’s Home Care division to fundamentally change the way that some of the world’s best-known cleaning and laundry products are created, manufactured and packaged. The Clean Future program intends to embed the circular economy principles into both packaging and product formulations at the scale of global brands to reduce the company’s carbon footprint.

Unilever is ring-fencing €1 billion for Clean Future to finance biotechnology research, CO2 and waste utilisation, and low carbon chemistry – which will drive the transition away from fossil fuel-derived chemicals. This investment will also be used to create biodegradable and water-efficient product formulations, to halve the use of virgin plastic by 2025, and support the development of brand communications that make these technologies appealing to consumers.

Last week, Unilever announced that it has partnered with LanzaTech and India Glycols to produce ethylene-based surfactant (specifically from ethylene oxide) made from industrial carbon emissions using LanzaTech’s technology. LanzaTech via its joint venture in China is already commercially producing ethanol via gas fermentation of steel mill gas emissions. This CO2-based ethanol is now expanding beyond fuel application and the production of ethylene oxide is one of them using India Glycol’s manufacturing capability in India.

According to the combined Unilever-LanzaTech-India Glycols press release, the process marks the first time a surfactant is made using captured carbon emissions. The new surfactant will be used in an Omo (Persil) laundry capsule, which was launched in China last week. The most interesting tidbit of information in the press release is that the product will come at no extra cost to consumers.

I also had a brief chat with Unilever Home Care’s VP of Science & Technology, Jonathan Hague. When asked where the company is now in terms of achieving its formulation goal of eliminating fossil-fuel derived chemicals in its laundry product formulations by 2030, he did not exactly give a specific percentage of a year-over-year milestone. Hague noted that scale is a major issue when it comes to using renewable feedstock. While there is still a long way to go in achieving their 2030 reformulation goal, Unilever hopes that this type of commitment will drive the whole cleaning industry in the right direction. Unilever’s Home Care business accounts for 21% (around €10.5 billion) of the company’s total turnover in 2020.

When it comes to surfactant reformulation, the cleaning industry’s biggest challenge is in the use of linear alkylbenzene (LAB), which typically accounts for the biggest raw material used in biodegradable detergents. Another way to solve this challenge is through the use of a mass balance approach either using plant-based feedstock or waste-based feedstock via chemical recycling in order to lower the carbon footprint of LAB manufacture.

While Unilever preferred to source a more quantifiable bio-based content in its raw material surfactant formulation, a mass balance approach is another step in the right direction towards lowering the company’s carbon footprint, especially in the near term basis, according to Hague. The biggest challenge in chemical recycling is currently the collection of plastic waste, he added.

Now having plant-based raw materials is easy enough to tell consumers but when I asked Hague how the company can relay to customers how they’re using various technologies especially the mass balance approach to lower their carbon footprint, a simple enough answer is “we’re using waste to make new products”. Consumer education is key towards sustainability and below is a nice video explaining very briefly what Unilever’s Home Care division is working on.

Late last year, Unilever also introduced its Carbon Rainbow model which allows the organisation to describe the variance of the carbon sources that will be used in its supply chain going forward – grey carbon from plastic waste, green carbon from plants, blue carbon from marine sources and purple carbon from CO2. Conventional fossil-fuel derived carbon is of course under black carbon.

By using the Carbon Rainbow tool, it has allowed the organisation (and various companies in its supply chain) to diversify the carbon in product formulations. The Clean Future program will specifically focus on funding biotechnology research, CO2 use and low-carbon chemistry as well as biodegradable and water-efficient product formulations.

Aside from the earlier mentioned use of glycolipids in partnership with Evonik and the use of CO2-based ethylene oxide in surfactants, other recent reformulation initiatives under the Clean Future program include stain remover derived from sugarcane; cleaning liquid reformulated with waste plastic-based chemical feedstock; and soda ash manufactured using captured carbon from energy production.