UK chemical companies and their 27 EU trading partners are still struggling with new paperwork requirements and disrupted logistics, two weeks after the country left the Single Market and Customs Union.

Despite the post-Brexit free trade deal struck by UK Prime Minister, Boris Johnson, cross-border trade is still subject to a raft of new customs checks and procedures plus a global shortage of containers which continues to delay shipments and inflate costs.

Although tariffs have been maintained at 0%, all goods are now subject to rules of origin and other customs declarations.

Many companies are unaware that documents from both the exporter and customer must be presented before products can cross borders.

Rules of origin determine where a product is made for customs and tariff purposes. Under the free trade agreement, if at least 50% of the value is created in the UK or the EU, tariffs will not be payable.

Border checks on rules of origin will be introduced in six months’ time, but they applied from 1 January so documentation must be in order from now on.

Because the UK has now left the EU single market and customs union, new border checks on customs declarations for all goods have fallen into place. This means an end to “frictionless trade” and fears of huge delays at borders once trade returns to normal levels later in January.

The UK government itself estimates 215m new customs declarations will be required each year at a cost of £7bn. An army of 50,000 customs agents is being recruited.

The EU side will also face a similar customs burden, meaning 430m new documents may be required across what was previously an open border.

Uncertainty and confusion over cross-border customs bureaucracy this week caused German logistics group, DB Schenker, to suspend operations  between Europe and the UK.

The company was forced to stop shipping because only 10% of the customs documents it was supplied by shippers and consignees have been compliant with UK and EU regulations, causing delays at borders.

The group listed the documents it said must be supplied, including from the shipper a proof of origin, an invoice which conforms with current customs regulations, and a customs authorization document (power of attorney) to process the customs clearance.

Importers must provide a customs power of attorney and all customs-relevant information like the commodity code found in the UK Tariff.

A UK polyvinyl chloride (PVC) buyer said this week that it has been forced to use stock for February to meet customer needs in January, blaming delays in shipping caused by a lack of preparedness amongst its suppliers and customers.

“We have some shipments that are exported but can’t get cleared. It left the UK port but has not got the right clearance the other side. I think the next two weeks when more suppliers are sending things it is going to get worse,” said the buyer.

It added it expects the situation to improve by mid-February, once the new ways of working are understood.

Chemical supply chains are likely to change, with companies aiming to separate UK operations from those in the EU.

One UK distributor, Aston Chemicals, has already separated its UK and EU operations, with all customer within the 27-bloc supplied from a new subsidiary in Poland.

There are fears that EU27 chemicals companies will simply withdraw from the UK market because of the extra costs and complication of dealing with the new bureaucracy.

Although chemical tariffs are maintained at 0% for UK-EU27 trade, the UK no longer benefits from EU free trade deals. It is attempting to roll over or renegotiate as many of these as quickly as possible.

So far the UK has rolled over 30 EU free trade deals covering 60 countries, including Singapore, Japan, Switzerland and Turkey.

For countries where no free trade deal is in place, World Trade Organization (WHO) tariffs fall into place for exporters. For chemicals these average 4.5% up to a maximum of 6.5%.

Chemical imports from these non-free trade agreement countries will be subject to a new UK Global Tariff.

Cross-border chemicals trade now has to adhere to EU and the new UK Reach system.

The agreement’s chemicals annex refers to the aim to share “non-confidential” chemicals data, and this probably does not include Reach testing data.

Brexit-related disruption is being made worse by a global shortage of shipping containers which is causing more delays and pushing up costs.

As China’s economy picked up in the second half of 2020, exports surged to the rest of the world, with less demand for imports.

This displaced containers, and the problem was compounded by shipping lines which had cut capacity drastically during the first wave of the pandemic, but they had failed to boost it sufficiently as demand bounced back. 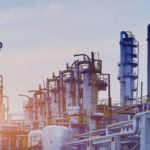