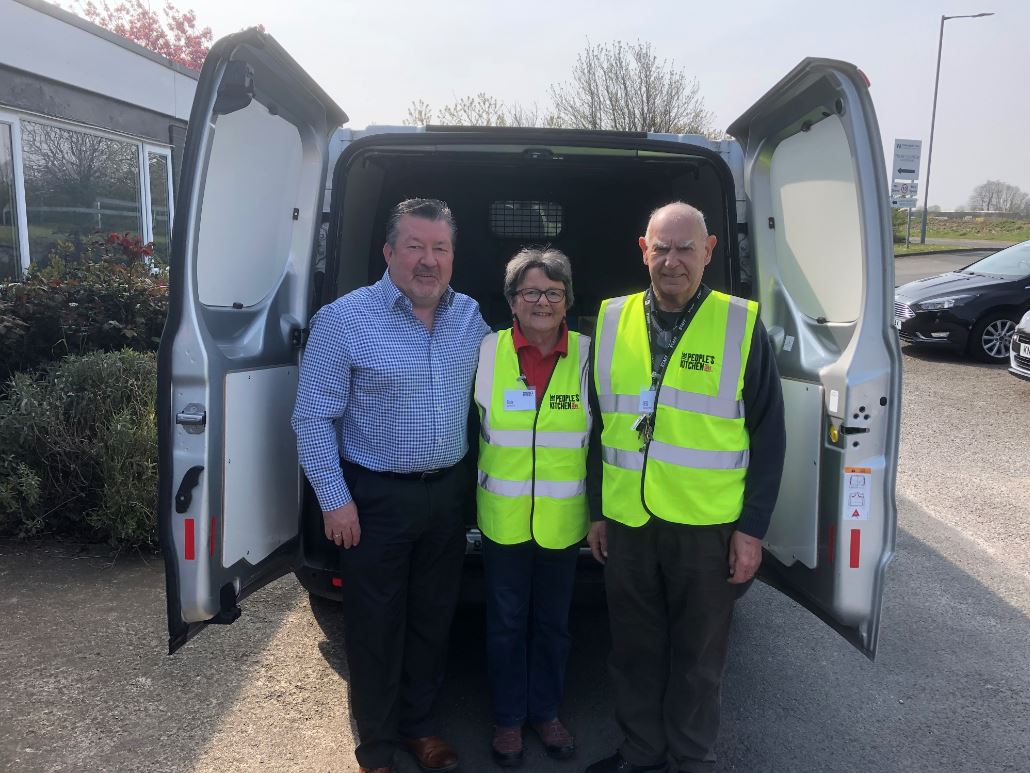 Award winning Local Pump Distributor & Manufacturer – Tomlinson Hall – has this month donated 100 sleeping bags to one of the region’s most recognised homeless charities as it marks its centenary year in business.

The Billingham based pump company, which launched its 100th-Anniversary charitable drive at the beginning of this year – its 100th year in business – delivered the 100 sleeping bags to CEO Sleepout, a national charitable organisation working on behalf of homeless people. From there, the charity organised a donation to The People’s Kitchen in Newcastle who will be donating the 100 sleeping bags to homeless people living on the streets.

The contribution of the sleeping bags forms part of Tomlinson Hall’s plans to donate 100 sought-after items – every month throughout the year – to 12 good causes across the region.
Speaking about the initiative, Colin Simpson, Business Development Director at Tomlinson Hall said:

“It was very important to us that – as part of our centenary celebrations – we did something that reflected the company’s commitment to charitable causes. As such, we devised the 100 for 100 campaign which will see us donate everything from sleeping bags through to food parcels, sanitary products and financial contributions to charitable causes across the region.

“The donation of the 100 sleeping bags to The People’s Kitchen has been particularly rewarding as it has involved a number of key partners working together to make sure the bags get to the people who need them. This has been a real example of organisations in the region working together for the greater good with CEO Sleepout facilitating the sleeping bag donation and The People’s Kitchen distributing them within the region. We’re very proud to have been instrumental in making this happen.”

The People’s Kitchen was originally founded as a soup kitchen in 1985 and – since then -has more than 200 volunteers, delivering 35,000 hours supporting homeless and disadvantaged people across Newcastle. The charity now serves over 40,000 hot meals every year, provides sleeping bags, blankets and warm clothes to people living on the streets and supports physical and mental well being through its work with partner agencies.

The journey of the sleeping bags to the streets has been video recorded as part of efforts to show how such vital donations make it to the people who need them the most. Co-ordinated by CEO Sleepout, CEO Bianca Robinson, the journey shows the timeline from collection and transport to the distribution centre to actual delivery of the sleeping bags to people on the streets.

Speaking about this Bianca said: “It’s very important we show the process of making sure such donations get to where they need to be. As such, we wanted to record the journey so viewers can see just how vital these donations are to those people receiving them. Working with Tomlinson Hall and The People’s Kitchen we are very proud to be part of this donation and to fighting homelessness and poverty across the UK.”

Established in 1919, Tomlinson Hall is a long-standing distributor of major industrial pump brands. Providing a full end to end service from pump selection, supply and site visits right through to servicing and repairs, the company has worked with leading businesses across Europe, the Middle East, North America, South America and Asia.