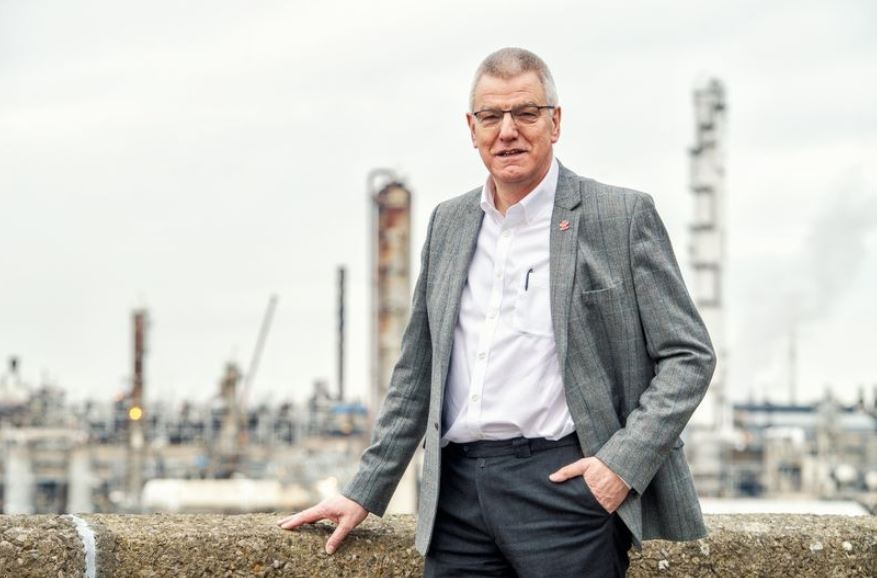 A Teesside businessman has revealed that his company could provide the solution to the economic and rapid deployment of the vaccine for covid-19.

Dai Hayward said that vaccine developers from around the globe are interested in both the precision and large-scale production capability provided by Micropore Technologies’ world-leading membrane emulsification technology.

The technology provides a new, accurate and scalable method of creating emulsions – the process of blending insoluble liquids – which is a vital stage in the development of liposomes for a synthetic vaccine.

Chief executive Mr Hayward, whose company is based at the Wilton Centre in Redcar, explained:

“It’s similar to the result you get from a kitchen blender: blitzing oil and vinegar to make dressing for your salad, although, obviously, with a great deal more control.”

Micropore Technologies has won prestigious awards for its innovation and last year Mr Hayward was honoured with an MBE in the Queen’s Birthday Honours for his services to international trade and the North-east chemical industry.

However, due to the coronavirus pandemic, his medal ceremony has still to take place.

“But for years this has languished in laboratories because nobody could crack the engineering issues around it,”

In 2017, Micropore made the key breakthrough to solve the problem which had been preventing large scale production.

Homogenisation – which uses equipment similar to a domestic blender – has for decades been the tried and trusted way method of emulsification, but said Mr Hayward, it can be wasteful and produce uneven sizes of particles which affect the quality and performance of the product.

There are more than 160 teams across the world trying to develop a vaccine against covid-19. Many – including scientists at Imperial College in London – are using a process called microfluidics, which provides far more precision than homogenisation but is likely to be impractical in producing the required quantities.

“At some stage microfluidics are going to run out of road and that’s the point where we come in.

“We have had a number of people who have come to us based on what they have done with their microfluidics approach and say they’re trying to scale up but can’t.”

As well as pharmaceutical companies, Micropore has clients throughout the world operating in a diverse range of sectors: cosmetics, paint, oilfield chemicals, agriculture chemicals and a producer of rocket fuel.

“Our process gives you precision and therefore control over the way that the product works.

“The scalability then allows that to go to whatever anybody wants – and in the case of a vaccine that isn’t actually that huge in terms of quantity – but for a household laundry product that’s tens of thousands of tonnes.”

Micropore Technologies was launched in 2003 as a spin-out business from Loughborough University.

It moved to the Wilton Centre in 2016 to benefit from its high quality laboratories and infrastructure.

It has developed a trusted network of suppliers in the Tees Valley and North-east and has benefited from the support of UK Steel Enterprise and Mercia, the Northern Powerhouse investment fund.

In four years it has grown from a company employing one member of staff to a 12-strong business with employees based at the Wilton Centre and in the United States and India.

The company exports 85% of its products across most of the European Union as well as South East Asia, the Far East and America.