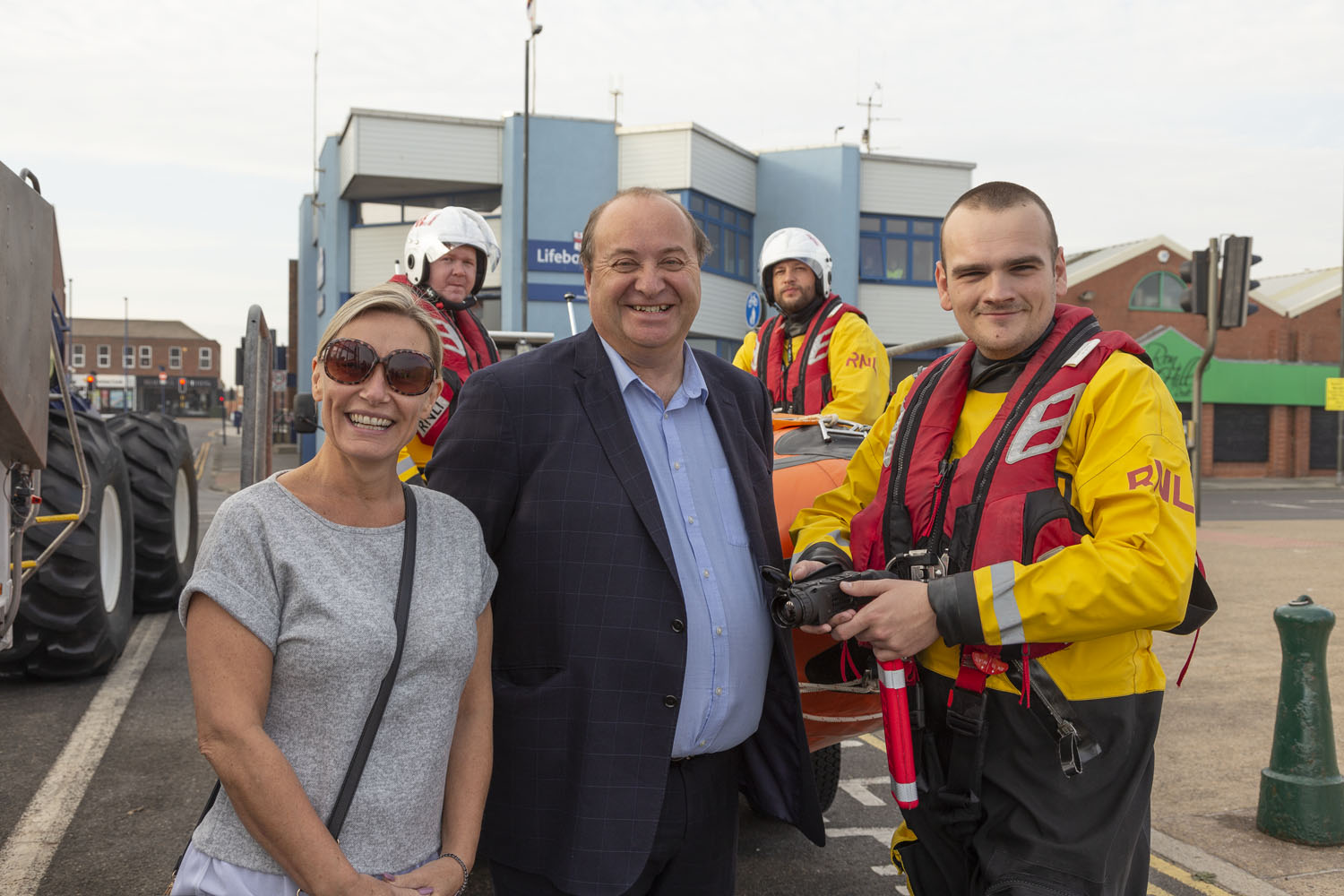 Teesside’s shipping community has donated a thermal imaging camera to the RNLI enabling it to increase the effectiveness of its search and rescue operations, and ultimately increasing its capabil-ity to save lives.

The hi-tech thermal imaging device, which was donated to Redcar RNLI, provides its lifeboat crew with state of the art ‘night vision’ to identify casualties at sea or on land. It can detect heat sources upto a kilometre away, and importantly is not affected by the bright lights of Teesside’s industry.

The camera was jointly purchased by PD Ports and two local shipping community membership bodies; the Tees and Hartlepool Port Users Association (THPUA) and the Institute of Chartered Shipbrokers (ICS).

PD Ports contributed its half of the £3,000 donation through its ‘Find it-Fund it’ scheme, an initiative that supports local causes its employees are involved with.

The remainder of the funds were provided by the THPUA and ICS; with THPUA members donating £1,000 and ICS donating £500.

Stuart Brookes, Chair of the THPUA and Nikki Sayer, Chair of ICS, recently visited Redcar RNLI to officially present the thermal imaging camera to the team, all of whom are volunteers.

“We really can’t thank enough the organisations who’ve contributed towards the donation of the thermal imaging equipment.

“It gives us much more certainty that when we search for someone, we will find them. Equally as important, it will also cut down the time the volunteer RNLI crews spend search-ing at sea or on the River Tees, often in the dark and in poor weather conditions. This is cut-ting-edge technology and it’s already been put to good use searching round the cliffs at Saltburn.”

“As a shipping community, we couldn’t think of anything more fitting than to support one of the local branches of the RNLI.

The Redar RNLI does an incred-ible job and we’re thrilled that we’ve been able to help it to purchase such an invaluable piece of equipment that can be dedicated to saving lives in the Tees Bay area.”

“As the Statutory Harbour Authority of the River Tees, it’s great to be able to work in partnership with the wider shipping community in Teesside and as a result, fund vital lifesaving equipment such as this.”