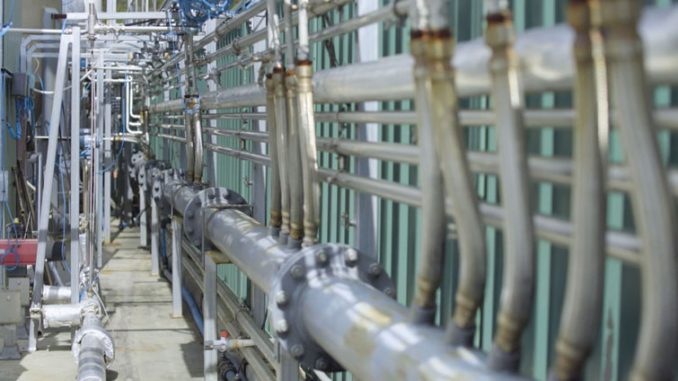 Advanced recycling company ReNew ELP – based at Wilton Centre – has appointed Wood, the global consulting and engineering company, as its engineering, procurement and construction contractor on the multi-million pound project.

Work on this innovative site will start later in the spring.

The first phase will see the construction of one of four HydroPRS recycling lines, each able to process 20,000 tonnes of plastic waste per year. The remaining three lines will follow in quick succession.

On completion, the plant will recycle 80,000 tonnes of waste plastic, including packaging items such as flexible films, pots, tubs and trays which – until now – have been considered unrecyclable.

They are currently incinerated, sent to landfill sites or end up in the environment as plastic pollution.

It is estimated that each year around 8 million tonnes of plastic waste finds its way into the world’s oceans.

The plant will be built on the site of the former Invista Textiles plant at Wilton International, with the construction phase creating up to 80 jobs.

A further 30 people will be employed when it starts operation in late 2022, with more jobs created as additional production lines are added.

Mura’s ambition is to see a 1m-tonne global, annual recycling capacity in operation or development by 2025, with the plant at Wilton being the first commercial-scale operation of HydroPRS.

HydroPRS uses water in the form of supercritical steam to convert plastics back into the chemicals and oils from which they were made, the equivalent of fossil resource. These products can then be used in the manufacture of new plastics and other materials.

The conversion process takes approximately just 25 minutes. There is no limit to the number of times the same plastic can be recycled using HydroPRS, entering plastic into a circular economy and helping to reduce plastic pollution.

“We are delighted to announce our partnership with Wood which marks one of the most significant stages in this vitally important project.

“We’ll soon see construction start on the plant – which will be the first of its kind in the world.

“This milestone, coupled with the Teesside plans announced recently by the chancellor, makes this a very exciting time for ReNew ELP and its partners.

“The development of this first site marks a landmark event for both the recycling industry and the environment.”

“We are proud to have developed a strong relationship with ReNew ELP in recent months and look forward to continuing our partnership to bring this innovative technology to life.

“Upon completion, this plant will make it possible to not only reduce the plastic pollution in our natural environment, but it will help to reduce both CO2 emissions and the requirement for single-use plastic.

“The circular economy represents a critical and growing industry in our collective quest for a more sustainable future and so I am delighted that ReNew ELP has selected Wood to join them on this journey.”

In October 2020, the ReNew ELP project was awarded a £4.42 million grant from Innovate UK, the UK’s innovation agency, with environment minister Rebecca Pow MP highlighting the importance of “investing in these truly ground-breaking technologies” and emphasising the government’s commitment to the reuse of waste plastic.

Earlier this month, advanced recycling was for the first time recognised as contributing to government targets for recycled plastics and supporting measures such as the proposed plastic tax for recycled content in packaging.

“ReNew ELP’s plastics recycling facility is the first of its kind in the world and represents the very future of how we deal with currently unrecyclable materials.

“I’m delighted that this is being achieved by a company based in Teesside.

“It means more jobs and investment and it puts our region on the map when it comes to state of the art, new technologies.

“The government backed the ReNew ELP project last year and they were right to do so. Following the recent announcement of a freeport in Teesside, there has never been a better time for companies like ReNew ELP to invest in our region.”