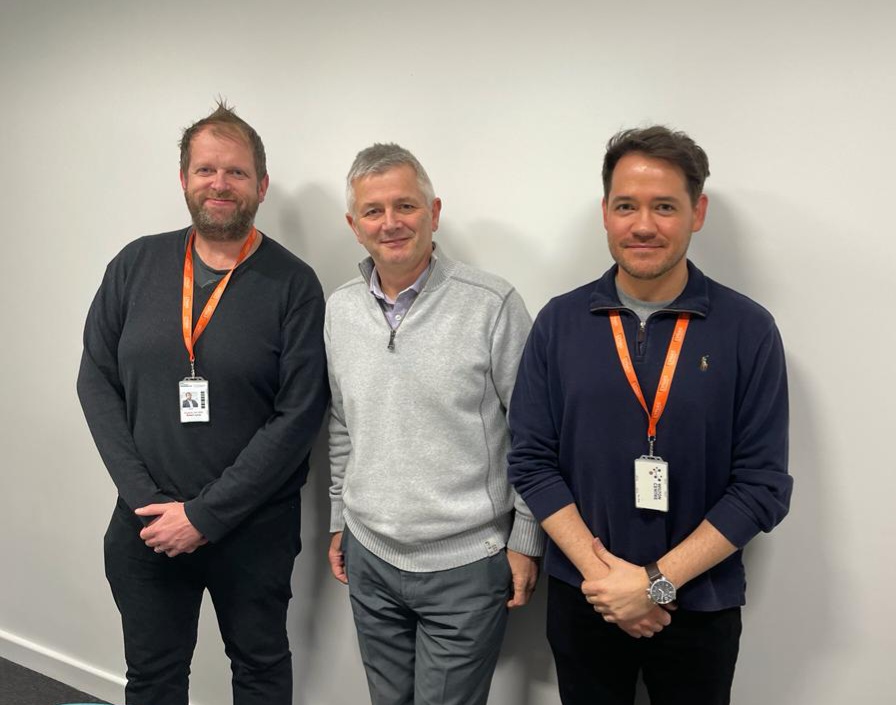 Lynas Engineers, based in Wilton Centre, Redcar, deliver a wide range of local and national projects, with drive and commitment. Known for their strong relationships, connections, and passion for their work; the Lynas team are expanding again with a new addition to the fold.

Derek Smith, now Engineering Consultant to Lynas Engineers, has joined the company to support the development of the business at a strategic level, in line with the senior team’s ambitions of further growth. Mr Smith will also be supporting the development and integration of new key values and behaviours throughout Lynas Engineers.

Managing Director Rob Lynas said; “It’s an exciting step in the development of Lynas Engineers to be able to welcome Derek to the team. His wealth of experience and knowledge will help us continue our journey to being the company of choice for civil engineering in the Tees Valley and beyond”.

“I’ve known Rob for many years and watched his progress with Lynas Engineers and I’m thrilled to be part of this next chapter, bringing my experience from construction, local authority and consultancy sectors.”

“Rob, Wayne and Carl have built an exciting team and have big ambitions for where Lynas Engineers wants to be in the future. Part of my role is to help facilitate the development of the staff alongside their day-to-day work to make sure that as they grow they are able to raise a staff that are leaders in their fields; ultimately offering an even more robust solution to the clients they work with”.

Lynas Engineers pride themselves on being able to recruit, develop and train exceptional people from traditional and non-traditional routes to work. More than 60% of the current Lynas staff entered their field as an apprentice or are currently completing an apprenticeship. Championing the individual and developing their strengths through continued learning and development, Lynas Engineers are committed to ensuring a future of exceptional engineering commitments from the business and their team.

Derek joins the team with more than 40 years of training and experience in his field across in local government, as a chartered civil engineer (C.Eng.), previously as a chartered manager, a Fellow of the Institution of Civil Engineers (FICE) and past Chair of ICE Northern region. He said, “I’ve had a great career, worked on lots of fantastic projects and now I’m in a position to offer my support to a younger generation to help grow the business and develop professionally.”

“I’m proud to welcome Derek to Lynas Engineers and we are excited to see where the next step in our company’s journey takes us.”