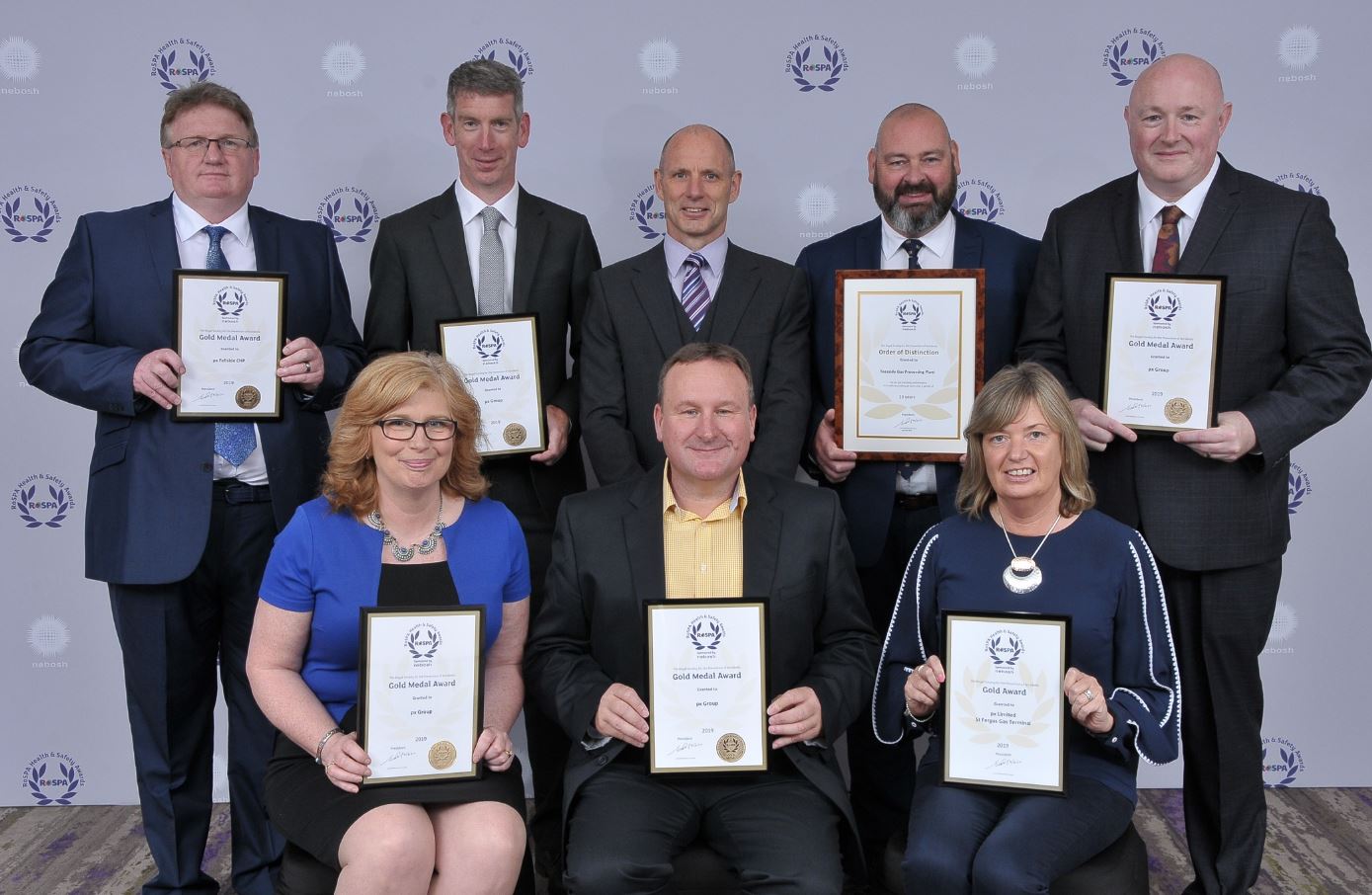 A company which operates some of the UK’s most potentially hazardous energy, processing and storage facilities, has again displayed exceptional safety performance to secure yet another series of prestigious awards.

Responsible for managing and maintaining power stations, gas processing plants and fuel storage depots across the UK, px has achieved four more Gold Awards from the Royal Society for the Prevention of Accidents (RoSPA) for its performance in 2019 – as well as an Order of Distinction and two Gold Medals for sites which have operated to a gold standard for a number of consecutive years.

Sites honoured at a special awards ceremony in Glasgow, include the Teesside Gas Processing Plant, which was commended with an Order of Distinction after securing a Gold Award for the 23rd year in a row.

Finally, a third Gold Award in three years for the St. Fergus Gas Processing Terminal, north of Aberdeen – one of the country’s largest natural gas processing plants – capped another year of gold award wins across the board for px.

Paul McCann, Executive Director of Safety Health and Environment (SHE) and Risk Management with px, said:

“We have an objective of zero harm to people, the environment and the assets we operate and our team puts an incredible effort into this, maintaining our reputation as a proactive business which continually achieves the highest of standards.

Their commitment and diligence have delivered thousands of hours of incident free work which, in turn, has again been recognised by RoSPA.

I’d like to thank all employees and contractors that work on our sites for continuing to abide by our safe working practices and for ensuring they keep themselves, their colleagues and the areas in which they work, safe.”

The RoSPA Awards scheme, which receives entries from organisations around the world, recognises achievement in health and safety management systems, including practices such as leadership and workforce involvement.

“The RoSPA Awards have become the key fixture in the health and safety calendar with new sponsors and new awards this year including: The Leisure Safety Awards, the Safe@Work, Safe@Home Award and the Inspiration Awards. Highly-respected, with almost 2,000 entrants every year, RoSPA award winners benefit from the wide-ranging rewards of improved sector reputation.”