Billingham-based pump distributor and manufacturer Tomlinson Hall & Co Ltd is celebrating after being awarded a prestigious industry title for the sixth time since 2009.

The company came first in the coveted ‘Distributor of the Year’ category in the Pump Industry Awards 2017, held on March 23 and organised by the British Pump Manufacturers Association (BPMA).

Tomlinson Hall was the only North East England-headquartered company to be named as a finalist in the awards, which were held at the Crowne Plaza Hotel in Heythrop Park, Oxfordshire, and the company’s business support manager, Mark Wright, was also a runner up on the night in the ‘Engineer of the Year’ category.

The Pump Industry Awards recognise performance, innovation and achievement in the UK and Ireland’s pump sector. Winners were chosen based on the outcome of an online vote, coupled with their ranking as established by the award judges.

A joint founding member of the Pump Distributors Association, Tomlinson Hall is an approved global distributor of many leading pump brands, such as DEPA, ELRO, Grundfos, Mono and Flowserve, and offers a total service to industry – including problem solving, pump selection and supply, site visits, servicing and repairs.

The company, which was founded in 1919, also manufactures its own innovative liquid ring vacuum pump, Liquivac, which can perform a huge range of operations across a wide range of global industries.

The firm works with high profile clients in the UK and overseas markets, including Europe, the Middle East, North America, South America and Asia. It has seen significant sales success over the last year for a range of pump manufacturers.

Colin Simpson, business development director at Tomlinson Hall, said: “To win this award for the sixth time is a great honour and a testimony to the hard work and dedication of our staff, and we’re hugely grateful to all of the companies and individuals who supported us during the voting process.

“We would also like to congratulate Mark Wright on making it to the final, which demonstrated the contribution he is making to both our business and to customers.

“As a manufacturer as well as distributor, we understand technical challenges from a manufacturer’s perspective, which strengthens the service we offer to end users and we believe that this had a significant impact on our success in recent years. In addition, we have introduced new services and products that are making a major impact in our customers’ businesses, such as the Energy Check Reports for pump systems which we are delivering with global pump manufacturer Grundfos.

“This year’s Pump Industry Awards displayed one again just how much talent and innovative thinking lies within the pump sector and all of the winners and runners up should be very proud of their achievements.”

Tomlinson Hall’s achievement in reaching the final follows the company’s success in the North East of England Process Industry Cluster (NEPIC) Awards 2017, where the firm won the SME of the Year title for the second time in three years. 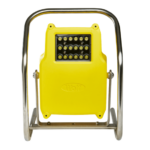