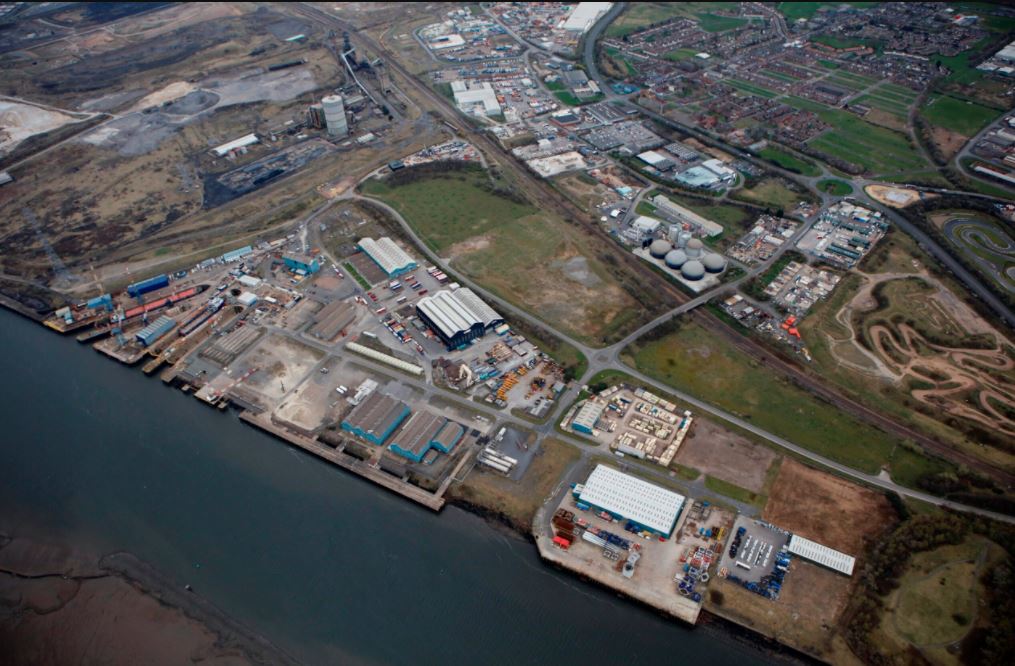 PD Ports is delighted to have granted a new long-term lease to Diffusion Alloys at Teesport Commerce Park, allowing for the construction of a new £1.5 million coating facility and centre for excellence.

Diffusion Alloys, an established global leader in diffusion coatings for large components, has occupied its current site at Teesport Commerce Park for over eighteen years and now, thanks to the new lease, is accelerating plans to build a new, 8,000sq.ft. warehouse on site that will boost processing capability and create 20 new, sustainable jobs over the next two years.

This investment is the latest in a string of developments welcomed to Teesport Commerce Park following PD Ports’ success in securing two waste-to-energy plants to the Tees Valley in conjunction with Wentworth Clean Power, projects worth a cumulative £660 million.

“PD Ports is delighted to have granted Diffusion Alloys a new long-term lease that will enable them to continue to grow their business and build a brand new production facility in line with growing demand.

“Projects such as Diffusion Alloys’ centre for excellence and the Wentworth Clean Power waste-to-energy plants really highlight the trust and confidence that large-scale business have in the Tees Valley thanks to our expertise, our strong-skills base and our unrivalled connections to global markets.

“We very much look forward to continuing to support Diffusion Alloys as they bring their new facility to fruition over the longer-term.”

Diffusion Alloys Managing Director, Lisa Randall, explained that an anticipated significant rise in demand for its specialist services over the next 10-20 years was the driving force behind the decision to expand the company’s Tees-based capabilities and headquarter its centre for excellence at Teesport Commerce Park.

“We are delighted to be not only extending our lease at Teesport Commerce Park, but also investing further to build a new facility on site,” said Lisa.

“The new factory and centre for excellence site will enable the company to support the build out of hydrogen generation technology from within the UK. The decision is testimony to our dedicated and hard-working staff in Teesside who have been instrumental in making this investment possible.”

PD Ports, owner and operator of Teesport, directly invested over £17 million in infrastructure and developments across the Tees Valley during 2020, building on the £1 billion of investment the port operator has attracted in the last decade.

This latest announcement follows recent news that PD Ports has secured an agreement with STRABAG to let an 85,000 sq.ft. unit within its site at Hartlepool, bringing 100 new jobs to the Tees Valley.