O’Brien Waste Recycling Solutions (WRS) has been selected to represent the North East at the national British Chambers of Commerce (BCC) awards in the Autumn. Headquartered at Wallsend, Tyneside, the business will be in the final for the Service Excellence category.
Head of Sales & Marketing David Bennett said: “It is a great honour to be in this prestigious business award final and in this category in particular. We have a commitment to customer service which runs through our company at all levels. Our people are our greatest asset. We believe the whole team’s positive, ‘can-do, will-do’ attitude is reflected in the company’s culture and an integral part of our success.”

The North East England Chamber of Commerce is supporting O’Brien in its quest for top honours. James Ramsbotham, Chamber chief executive said: “This business, the North East’s largest waste recycler, is exemplary in every way. Since O’Brien WRS was established 10 years ago it has put its customers at the very heart of everything it does and has reaped the considerable contract rewards as a result.”

Material recycling facilityAmbitious plans in the pipeline at present include a new £5m waste recycling centre in Middlesbrough due to open in October which will help service its Middlesbrough Council waste services contract as well as other commercial businesses in Teesside & North Yorkshire.

As part of its commitment to customer excellence the business undertakes training to ensure the companies it works for know how to support their own recycling such as which bin to use for specific waste.

Looking to the future the business is growing its onsite facilities waste management services and developing new technology to enable customers to get instant, first-hand information on their recycling rates via an app.

In addition to the Wallsend base, the business also has recycling centres in Hartlepool and Washington.

Its new trade waste contracts are increasing by an average of 100 per month and it provides 55,000 bin lifts and 5,000 skip lifts per month.

O’BRIEN WRS WAS BOUGHT BY BIFFA WASTE SERVICES IN JULY BUT IS STILL OPERATING UNDER ITS OWN NAME. CALL TODAY TO LEARN MORE ABOUT OUR SERVICE EXCELLENCE IN WASTE RECYCLING: 0800 169 1243 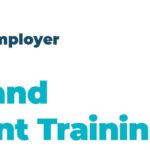