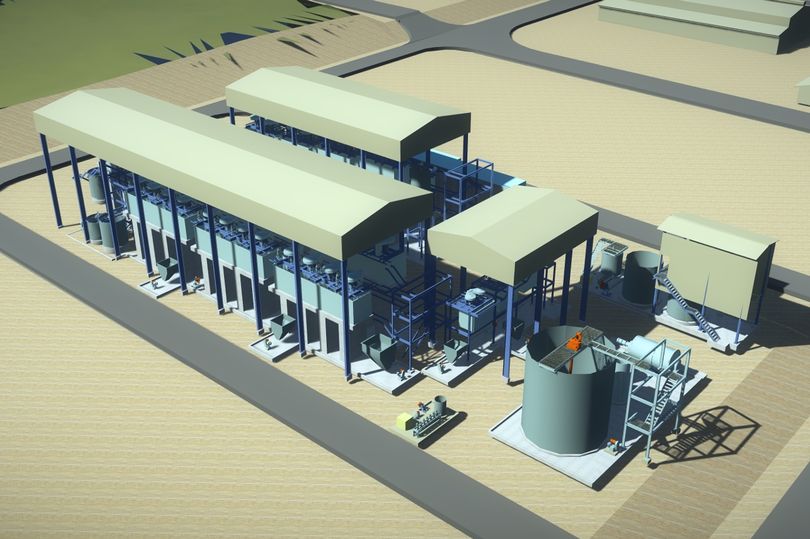 Peak Resources is to take on a 250-year lease to develop a rare earth processing plant at Wilton.

Plans for a multi-million pound rare earth refinery on Teesside creating 130 jobs have taken a major step forward after the firm behind the scheme agreed a deal to develop land at Wilton.

Australian firm Peak Resources announced on Friday it is to take on a 250-year lease over a 19-hectare parcel of land at the Wilton International Site.

The minerals processing plant will produce materials used in the manufacture of powerful magnets, which will ultimately be placed in items, including mobile phones, wind turbines and in the automotive sector.

It will take high-grade rare earth concentrate from the company’s planned Ngualla Rare Earth Project in Tanzania, which will produce Neodymium Praseodymium Oxide and other separated rare earth products that are critical for electric vehicles and renewable energy technologies.

Peak will pay an upfront £1.8m to exercise its option over the site from UK Government body Homes England, with annual rent structured as a nominal peppercorn payment.

Construction and development of the Teesside Refinery is expected to cost £112m and create around 130 long-term jobs.
An environmental permit for the project was granted in August 2018 and planning permission from Redcar and Cleveland Council was approved last month.

The refinery will be in the Teesside freeport area, where firms will benefit from lower tariffs and customs charges, simplified customs procedures and streamlined planning processes.

“This is a significant milestone for Peak and our strategy to become one of the major integrated producers of NdPr Oxide outside of China.

“With incredibly strong global demand for non-Chinese rare earths, we are ideally placed to supply these critical commodities, which are driving the electrification and decarbonisation revolution.

“The Teesside location provides a major competitive advantage with its “plug and play” infrastructure, skilled labour force and proximity to potential customers, while its freeport status provides tangible tax and other benefits.

“Our refinery is also poised to make the UK a major supplier of NdPr Oxide, supporting its transition towards a net-zero carbon economy and the development of its cleantech supply chains.

“The project also has strong government backing and on behalf of Peak I would like to thank Homes England, Redcar and Cleveland Council and the UK Department for International Trade for their ongoing support.”

It will be the site’s second mineral processing facility, with Anglo American set to process and ship the minerals it mines beneath the North Yorkshire Moors from its multi-billion Woodsmith Mine project.

Peak Resources opted for Wilton after a global search of 24 countries.

The company has previously cited access to global shipping, cheap and reliable bulk reagent supplies, a skilled labour force and readily available power and water as some of the reasons for its decision.