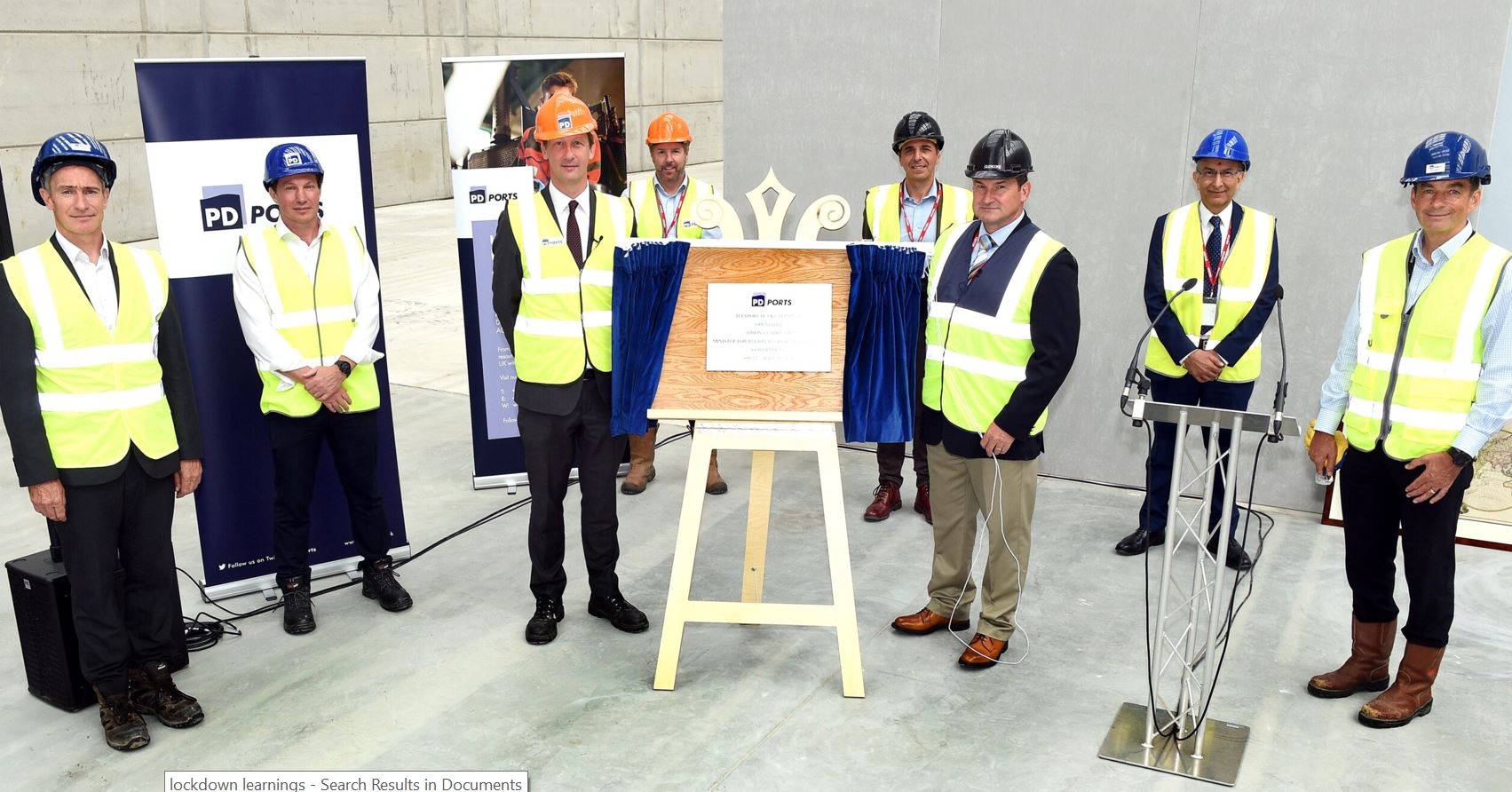 PD Ports is celebrating the official opening of a multi-million pound bulks handling facility at Teesport that marks an important milestone in the revival of the Tees Valley following the collapse of the SSI Steelworks in 2015.

The 300,000sq.ft. terminal comprises seven walled bays, primed to store a range of bulk products such as soya and grain and directly connected to covered rail access to provide an environmentally sustainable and cost-effective solution for domestic exports.

The investment has created 44 new jobs on Teesside, and builds on the £1bn of investment PD Ports has attracted to the region over the last decade, in addition to the Government’s own £70 million investment to regenerate the Tees Valley and its ongoing commitment to the levelling-up agenda.

“The opening of the Teesport Bulks Terminal marks an important milestone in the continued revival of the Tees Valley,” said Simon Clarke, MP during his opening speech.

“This new terminal will increase trade, create new jobs for the region and help boost the UK’s economic recovery as we emerge from the worst effects of the coronavirus pandemic.

“Teesside is leading the way in an era of international investment and economic renewal and as a proud Teessider, I couldn’t welcome this more.”

“In 2015, disaster struck the Tees Valley as the steelworks collapsed after more than 150 years of steelmaking. Overnight the River Tees and this region lost one of its main component parts and we, as PD Ports, lost a third of our business.

“Thanks to an ongoing journey of diversification, we have been able to rise, almost symbolically, from our own ashes into something that is now far larger in 2020 than it ever was in 2015.

“We now employ more people than we ever did before in the Tees Valley and instead of being reliant on what we once were we are now in charge of our own destiny.

“With the opening of this facility we are celebrating the relationship of two like-minded businesses and the realisation that by working together we can be far greater than going it alone.”

Global natural resource company Glencore Agriculture UK backed PD Ports’ investment and UK Managing Director, James Maw, explained how the opening of the facility is an important milestone for the Glencore business as well as for the Tees Valley.

“Our business was getting tired and so we had to radically think about how to revitalise Glencore UK,” said James. “That planning and strategy led us to Teesside and PD Ports in late 2016.

“PD Ports has proven its adaptability in transitioning from steel products to a wide range of bulk products and I have to commend the work they have done, alongside key customers, in delivering a remarkable change for PD Ports and the Tees Valley. It is providing a future for the Port and the region as a whole.

“The Teesport Bulks Terminal will provide new opportunities for both import and export as well as providing the efficiency, reliability, flexibility and a level of service that will ensure that our customers remain our customers.”

Glencore will utilise three bays at the Teesport Bulks Terminal to store its agribulk products destined for UK distribution – a long-term commitment that demonstrates the resilience of the UK economy and continued international confidence for trade and investment in the UK.