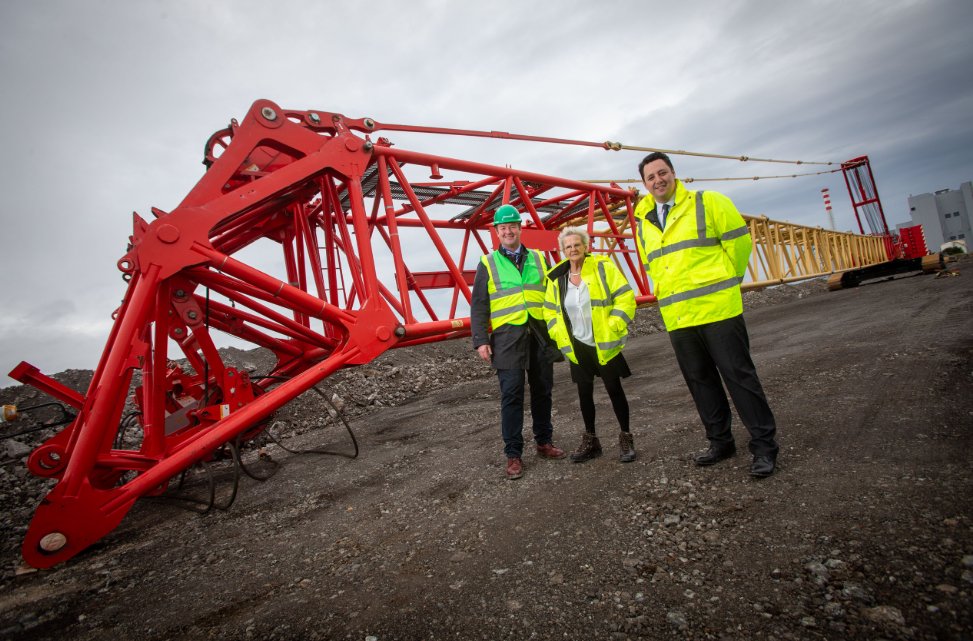 Tees Valley Mayor Ben Houchen has welcomed confirmation that the new UK Infrastructure Bank will make its first ever investment in our region, with £107million for Teesworks’ South Bank Quay project.

The loan will see part of the former Redcar Steelworks site along the River Tees, completely transformed, creating a 450-metre quay to service the offshore wind sector, providing opportunities for manufacturing, storage and mobilisation of wind technology.

The project will significantly boost the UK’s capability in this sector, supporting the Government’s target to be a world leader for offshore wind by 2035 and the UK’s plan to reach net-zero carbon emissions by 2050. The UK Infrastructure Bank deal will support around 800 high quality jobs directly, with the potential to unlock thousands of jobs in total across the site.

South Bank Quay is part of the Teesworks Freeport project, which aims to be the UK’s premier offshore wind hub. It has already attracted global leaders such as GE Renewable Energy, which plans to build a multimillion-pound wind turbine blade manufacturing factory on the site. The quay will play a critical role in the loading out and shipping of these blades to the Dogger Bank wind farm, 80 miles off the coast.

This is the first investment for the bank, which launched in June 2021 to finance innovative infrastructure projects, tackle climate change and boost growth across the United Kingdom.

“This investment will make the first part of the South Bank quay a reality, which will support GE Renewable Energy’s facility on our site and the thousands of construction and long-term jobs it will create as we drive forward these cleaner, healthier and safer industries.

“It’s also another string to our bow for other businesses looking to locate at the 4.5million sq ft of advanced manufacturing space just next door, which will make us central to the UK’s offshore sector. That this is the bank’s first ever investment is yet another vote of confidence in our region, our innovation and our ability to lead the green and clean technologies of the future.”

“It’s great to see the UK Infrastructure Bank is already doing deals and helping deliver on our pledge to level up and reach Net Zero.

“This is a vote of confidence in the Tees Valley economy and our new freeports that will help turbocharge Britain’s post-Brexit growth.”

“I’m very pleased to announce our first transaction, only 4 months since our launch and one that fits with our objectives so clearly. South Bank Quay will not only boost economic activity in the region but is a significant investment in the country’s future green technologies.

“We are looking forward to working with the team and encourage other local and regional bodies to get in touch with us on how we can work together to finance projects across the country.”

“We made a commitment when we took control of the former Steelworks, to transform the site and create the jobs of the future. Through Teesworks, and our plans for the UK’s largest Freeport, we are unlocking those jobs and delivering for Teessiders.

“The new quay on the South Bank is the next step in that mission and was part of the reason we were able to secure GE’s new wind turbine manufacturing on the Tees.

“These decisions don’t happen by accident. They are the result of determined leadership, a skilled workforce and the very same geography which made us Steel Captial of the world.