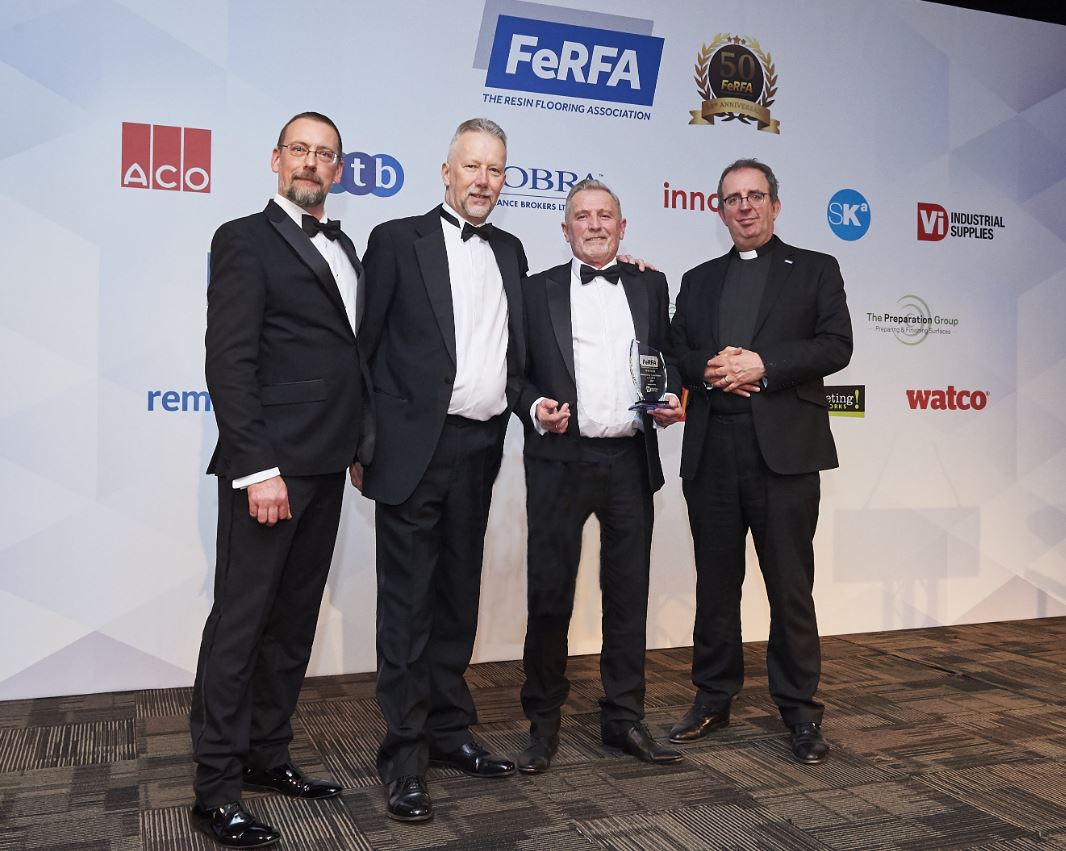 John was presented with his award at a glittering ceremony held in Nottingham on Friday 29 November and it was made extra special in that FeRFA was also celebrating its 50 Anniversary!

Reprotec was established in 1988 and John’s involvement with FeRFA spans more than 20 years.

John working alongside a select band of Industry experts, John was instrumental in bringing together manufacturers and contractors to introduce technical quality standards and to design the training, validation and implementation of the very first NVQ Level 2 Resin Flooring Apprenticeship qualifications.

He has been a driving force for technological advancement and expansion of the range of qualifications in the resin flooring industry via FeRFA and by leading the way in best practice.

“I am proud of the fact that back in 2007 five of our employees gained the very first NVQ Level-2 qualification and were part of the first cohort of 19 to do so nationally, and that those same employees continue to work at Reprotec today and have progressed in their careers.

More recently, one of the original cohort achieved NVQ Level 6 through the FeRFA Contracts Management Pilot-Scheme.

He is now ‘Head of Operations’ and an excellent role-model for advancement within the Industry.”

It is no surprise that Reprotec has held ‘Investor in People’ award since 2006.

John’s philosophy is not to ‘sell’ services and products, but to ‘educate’ customers about resin applications and as part of this, his other passion of environmental sustainability as part of R&D was acknowledged by the award.

This includes working with reputable suppliers to promote environmentally sustainable products in line with all standards and integrating his ‘Green Theme’ throughout his company.

His environmentally sustainable conscience and continual improvements are at the forefront of his passion for Resin Flooring, opening up opportunities within new market sectors.

“It’s been a great year.

We started the year by winning NEPIC ‘SME of the Year 2019’ and ended the year with the FeRFA ‘Outstanding Contribution’ Award.

It is a privilege to gain awards however to be recognised by ones’ peers within your own profession makes it extra special.

I am delighted to accept the award but behind every achievement there is a team effort, and I would like to thank Team Reprotec for their hard work and support.” 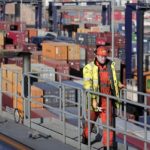