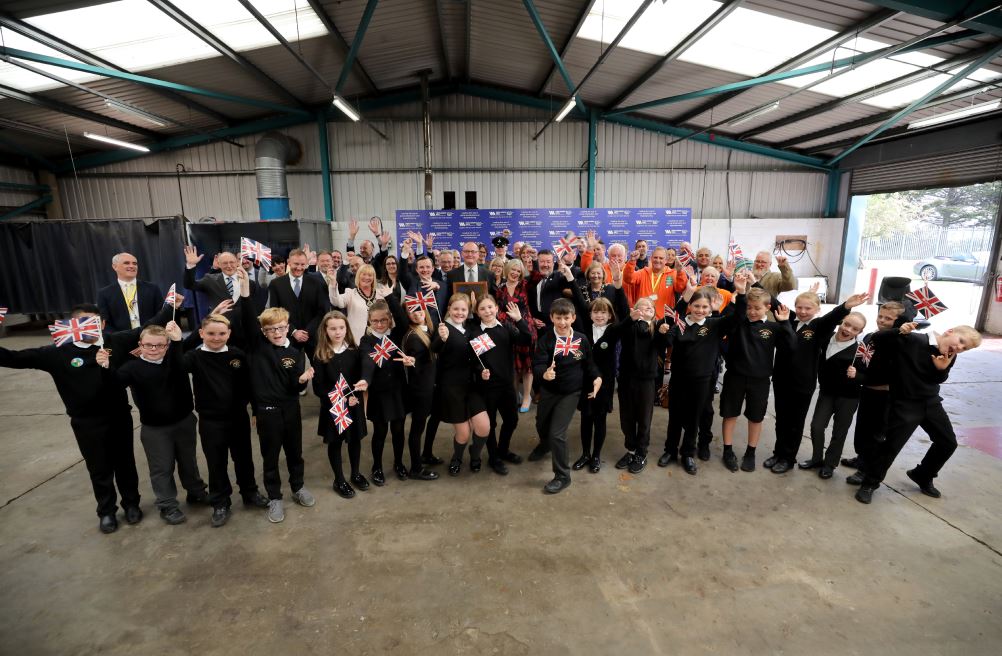 The UK’s leading pump distributor and manufacturer – Tomlinson Hall –welcomed His Royal Highness The Duke of Gloucester KG GCVO to its Billingham office on 17th September, to celebrate the company’s centenary year in business.

And the visit came on the back of one of the most successful years to date which has seen the company increase its sales by almost half a million, whilst also experiencing a significant uplift in export activity.

As part of the visit His Royal Highness met members of the Tomlinson Hall team, received a tour of the 1.5 acre office and workshop sites and – to commemorate the company’s 100 year milestone – was greeted with a visual representation of the company’s heritage and history in Teesside.

His Royal Highness also received a live demonstration of Tomlinson Hall’s own brand and wholly manufactured British Pump, the Liquivac® before completing his visit with the unveiling of a commemorative plaque to mark the company’s 100-year milestone.

Tomlinson Hall is one of the UK’s leading distributor of major industrial pump brands and manufactures its Liquivac® pump from its on-site facilities.

The company provides a full end to end service from pump selection, supply and site visits through to servicing and repairs and boasts a host of industry and regional accolades.

In its centenary year the company’s Managing Director – Tony Keville – has also been recognised with a Lifetime Achievement Award in recognition of his outstanding contributions to the pump industry and which was presented at the trade’s most coveted National award ceremony, the Pump Industry Awards.

On his tour of the Tomlinson Hall facility His Royal Highness met representatives of the workforce and also heard about the company’s 100 for 100 campaign which has seen the business chose a combination of 12 local and national charitable good causes to support.

Each of these has and will receive 100 sought-after items and donations – every month throughout the year – and includes organisations like the Salvation Army, The James Cook University Hospital and The People’s Kitchen. Gifts have included 100 sleeping bags, through to 100 trauma teddies and 100 Easter Eggs.

“We are delighted and honoured to welcome His Royal Highness The Duke of Gloucester to our premises and to celebrate our 100th year in business.

Everyone in Tomlinson Hall is extremely proud of the business and the success we have achieved during our lifetime. Our consistently strong business performance is
coupled with a strong internal culture with almost 60% of the company’s staff having been with the company for more than 10 years. Impressively, two team members have been with the business for over 40 years and a further four employees possess over 25 years of long service.

Our 100 successful years in business, reflects the continued commitment and loyalty of our workforce who have played an enormous part in making Tomlinson Hall the successful business it is today.”

Tomlinson Hall works with leading businesses across Europe, the Middle East, North America, South America and Asia and this year has embarked on its largest ever R&D collaboration with leading technology transfer company, RTC, and Teesside University’s Engineering Department to expand its extensive knowledge of Liquivac® and progress with significant upgrades to this product.

Set to be an industry game changer – and following a highly successful rapid profiling exercise – an aggressive commercialisation strategy will be rolled out across the whole of the Liquivac® product range across the coming 12 months and which is expected to target multiple sectors across the global.