Since its inception in 2010, FW Capital has helped to boost the economy of the North of England by almost half a billion pounds.

During its ten years of support for SMEs across the North, FW Capital has loaned more than £170m to over 650 businesses, and has leveraged private sector investment of over £300m. #

These investments have created or safeguarded some 7,500 jobs.

The business was founded with a very small team and has expanded its operations to over thirty investment professionals in six offices across the North.

FW Capital has managed seven funds over the last decade and currently has £207m of funds under management.

The largest of these include two Northern Powerhouse Investment Funds – Debt Finance (NPIF), totalling £142.6m across the two Funds to invest and a focus on supporting businesses in Cheshire, Cumbria, Greater Manchester, Lancashire, Liverpool City Region and the Tees Valley.

The support that FW Capital has provided over the decade has enabled businesses to launch new products, expand office space, buy new or ground-breaking equipment, expand their workforce, bid for contracts and develop residential and commercial property.

Most recently, the company has played a key role in the Coronavirus Business Interruption Loan Scheme (CBILS).

Using CBILS to support the Northern Powerhouse Investment Funds, FW Capital has supported more than 50 businesses with £16m of loans across the North of England.

Focused on its role as a long-term growth partner, many existing customers have received two or more funding rounds as FW Capital customers.

Tees Valley-based energy and water services firm Cenergist Ltd is one business that has benefitted from long-term support from FW Capital, following an initial investment in 2015.

“From the first investment FW Capital made into Cenergist in 2015, to the most recent funding, our long-term partnership has helped us to realise our growth ambitions, generate significant turnover and increase our workforce from 5 to 45 people worldwide. We warmly congratulate FW Capital on their 10 year anniversary.”

“For over ten years, FW Capital has supported businesses, resulting in nearly half a billion pounds of investment in the North of England and helping to create thousands of local jobs.

“It is great to reach this milestone anniversary having made such a positive contribution to building a strong economy for those who live and work in our region.

“We want to see our customers hit their initial growth target and then the one after that, which is why ongoing relationships matter to us.

“Our determination to be a long-term investment partner is why we see so many SMEs come back time and time again. Here’s to their further success over the next ten years.”

“Since 2017 we have worked with FW Capital on the Northern Powerhouse Investment Fund, ensuring the delivery of vital investment to ambitious businesses across the North.

“The results of this partnership speak for itself, as it has fueled growth plans, created jobs and made a real impact on regional business communities.

“We will continue to work closely with FW Capital and our other fund managers to boost the regional economy, and would like to congratulate the team on this anniversary.” 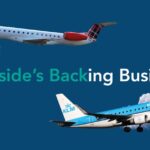