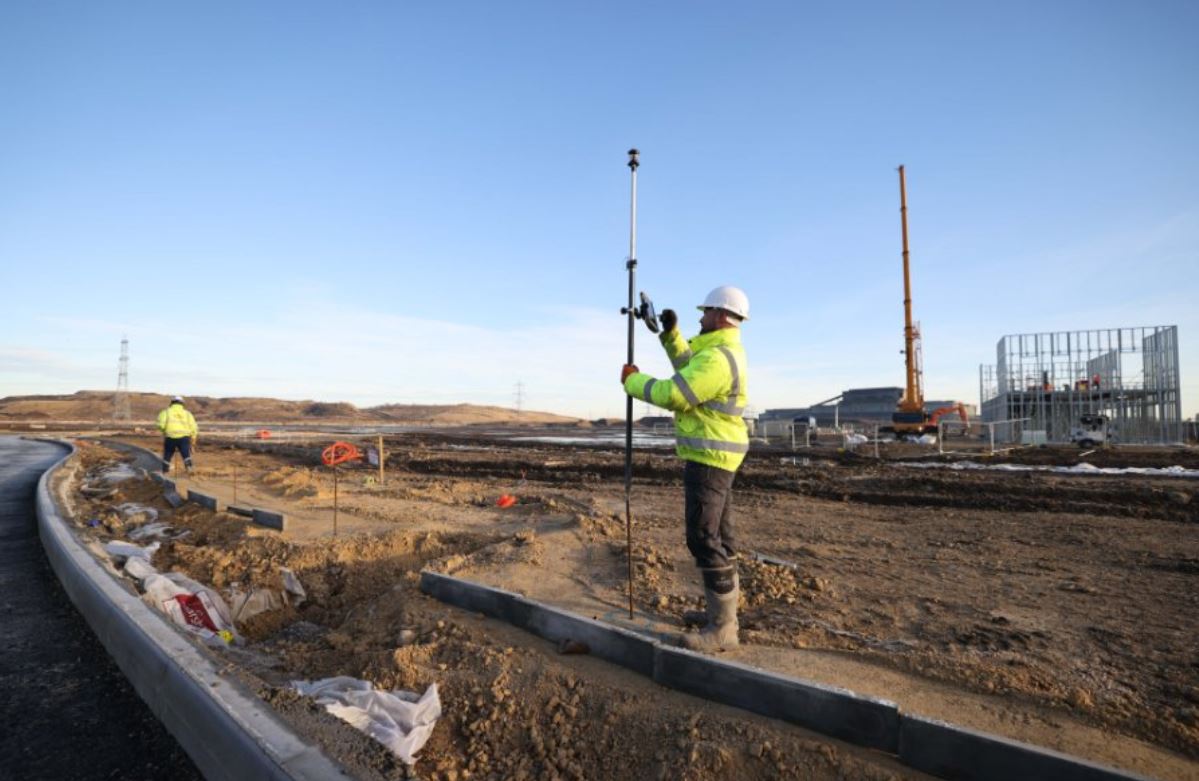 Tees Valley Mayor Ben Houchen visited the Dorman Point area of Teesworks to see first-hand the work on the Skills Academy’s headquarters, which will support the work of the organisation in helping local people take advantage of the jobs and opportunities being created on the site.

The two-floor, 5,400sq ft academy includes three classrooms, plus meeting and interview rooms and office space for the Skills Academy team, as well as hotdesking for companies looking to base themselves on-site, and space for information sessions and training events.

The £2.1million development is being delivered by UK Contractor Graham, which is also working on the deep-water, heavy-lift South Bank Quay being built to support the site’s ambitions to become the UK’s premier offshore wind hub.

Access to the Skills Academy and the 134-acre Dorman Point area of the site – which is also earmarked for the proposed North East Energy Recovery Facility – will be via a new roundabout being created on Eston Road. The £4.5million project, being led by Hartlepool-based Seymour Civil Engineering, will also see the road widened and walking and cycling access when complete at the end of March.

Since its creation, it has engaged with 4,067 local people and helped 492 into employment.

“The first pieces of the Teesworks Skills Academy building are now in place, with the cutting-edge new facility on track to open in just a couple of months. This, combined with the ongoing work at the South Bank Quay, shows we’re building up as well as knocking down, to capitalise sooner rather than later on the site’s incredible potential and its Freeport status.

“The Skills Academy building may still be going up, but this has not stopped the team getting local people into the good-quality, well-paid jobs that are being created on the site. The team has already had huge success getting people jobs on site as we get it ready for private investment that will create even more jobs for local workers, including former steelworkers who are keen to return to the site that they previously worked on for years.

“There’ll be more jobs to come for people across Teesside, Darlington and Hartlepool as we see construction on some of our major projects soon begin, such as GE Renewable Energy’s mammoth wind turbine blade facility which will be supported by our in-development South Bank Quay, and Net Zero Teesside.”

“In little over a year, the Teesworks Skills Academy has had so much impact, supporting local people into the jobs on their doorstep. Seeing the physical presence on the Teesworks site start to take shape is great – it will lead to enhancement of the service we offer and really cement the academy’s position as a one-stop-shop for training and employment at Teesworks.”

“This is about building a bright future for many years to come.

“The academy is about ensuring that the hard-working people of our borough directly benefit from major investment and new, high-quality jobs and it is crucial it is a major success – as I am absolutely sure it will be. It is excellent progress. Now we must all continue to work together to make sure the potential of Teesworks, the port and the entire borough and Tees Valley is fulfilled.”