A Wilton Centre-based civil and highways engineering design consultancy is doubling its headcount and workspace only five months after its launch.

Lynas Engineers, which was set up in November 2016 by Chartered Engineer Rob Lynas, is increasing its staff to four full-time employees and relocating into a bigger office in April.

The company originally moved into premises at the Wilton Centre in January. A large contract win since has led to it already needing to increase the size of its office at the Centre.

Rob Lynas, who has 20 years’ experience of civil engineering and set the company up to bring together the expertise of a team of experienced engineers who have worked on a wide variety of projects, said that growth so far was ahead of projections.

He said: “Business is going well. It is a great confidence boost to have won our first major project so soon and progress so far is very pleasing.

“The team has all previously worked together for other major consultants such as Atkins, and separately for others, including CH2M, Halcrow and Sweco, contractors and local authorities.

“When our previous employer decided to close its Teesside office we decided we had the skills and experience between us to do what we were doing for other companies but for ourselves, to provide a modern, personal approach to engineering design.

“Engineering excellence is at the heart of our service, delivered with the latest technology and design thinking and we chose to locate our offices at the Wilton Centre to reflect the high level of professionalism we are committed to. It also provides good opportunities to meet potential clients, as well as having all the facilities that we need.”

Lynas Engineers offers a range of infrastructure design expertise including design services for infrastructure, highway and civil engineering and design as well as project management and 3D CAD and BIM services.

Wilton Site Director Steve Duffield said: “It’s great news to be congratulating Lynas Engineers on the expansion of its business so soon after welcoming the company into the Centre as a new tenant.

“We will continue to work with Rob and his team to provide the support the company needs to help it to grow and succeed even further.”

By The Wilton Centre 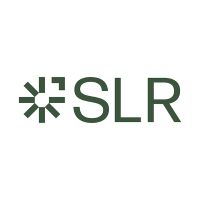