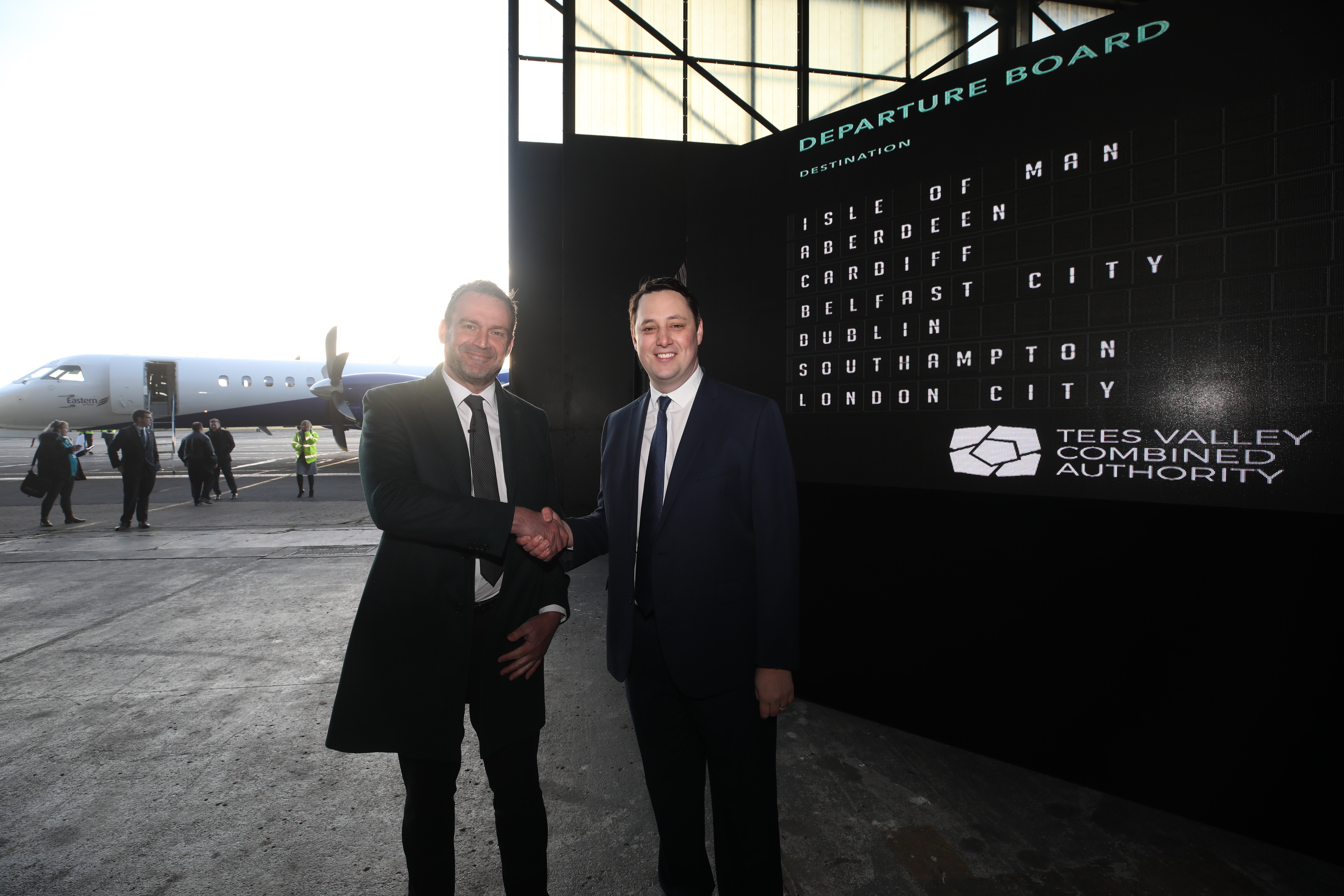 Tees Valley Mayor Ben Houchen heralded a new dawn for Teesside International Airport with the return of daily flights to London, reconnecting Teesside, Darlington and Hartlepool to the capital by air for the first time in 11 years.

The flights to London City Airport are part of a package of six new destinations across the UK and Ireland that will take off from Teesside International Airport from next month.

In a huge vote of confidence in the airport’s future, Eastern Airways, which currently operates the Aberdeen service from the airport, will increase its commitment by adding five new daily routes as well as a seasonal service and an increased number of Aberdeen flights.

The new routes will roll out from next month and, after almost a decade, will see the return of flights to Dublin in time for St Patrick’s Day, starting at just £69.99.

There will also be daily direct connections to Belfast City Airport, Cardiff and Southampton.

From May 30 this year, passengers will also be able to fly to the Isle of Man on a seasonal service.

This announcement, which includes 37 new flights per week, will add 185,000 seats each year, more than doubling the number of available seats.

To help ensure reliability, an engineering base will be created at the airport to serve the aircraft operating the new Eastern Airways routes.

Tickets will be available to buy in the coming days.

“Ever since we brought the airport back into public ownership, one of the biggest and most frequent questions we’ve been asked from businesses and local people has been when will direct flights to London return.

“For too long, we’ve lacked this most basic connection, which is why I’m delighted to announce today’s new services which will bring the Tees Valley even closer to the capital with a twice-daily service.

“Our airport is hugely important to our local economy and the investment that will create the good quality, well-paid jobs we all want to see come to Teesside, Darlington and Hartlepool won’t come on a bus, it will come via our airport terminal.

“That’s on top of the raft of other fantastic flights, which represent a massive vote of confidence in our airport and region. Eastern Airways shares our vision for fantastic transport connections and has worked with the airport for years. They really understand exactly what our local people and businesses will love.

“This isn’t job done, this is the next stage in our 10-Year Rescue Plan to secure the future of Teesside International. In fact, it’s only the first phase of Eastern’s multi-year commitment, with plenty of opportunity to expand and increase flights in the future.”

“Eastern Airways is one of the longest serving airlines to fly from Teesside International serving the critical corporate oil and gas market with flights to Aberdeen.

“We’re delighted to now be strengthening our ties with the airport and branching out to bring enhanced connectivity to some new city destinations for business and leisure travellers.

“I’m sure these flights will be popular and we are continuing to look at how we can further develop our network for all regions.”

“These major new routes are great news for the airport, its existing passengers and people across Tees Valley. It is very exciting that people can now enjoy the airport’s quick and easy passenger experience to reach even more destinations.

“We believe that there is tremendous opportunity for continued growth at Teesside International and Stobart continues to be committed to its success.”

“Domestic routes like these create prosperity and we are delighted to be playing an ever more important role in better connecting Britain.”

“Commencing on 9th March 2020, this service will further enhance air access from Northern Ireland to the north east of England.

“Improving connectivity to and from Northern Ireland is of the upmost importance to the region and we welcome the return of Eastern Airways, a sixth airline partner at Belfast City Airport.”

Teesside International Airport continues to serve more than 200 worldwide destinations via its daily services to the award-winning Amsterdam Schiphol airport, holiday trips to Majorca with JetsGoHolidays and a second summer season to Bulgaria with Balkan Holidays. 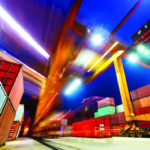