This post was originally published in late 2019 and has been updated in January 2021, providing added information and reflection in regards to Covid-19.

At the back end of 2019, I was a participant at an IEMA roundtable discussing recent developments around the climate emergency. We explored many interesting topics and I was able and willing to weigh in with some of my insights and experience on this topic. Throughout the roundtable, we made and explored plenty of important points, but there was one theme that stuck with me and has continued to plague me ever since. What does declaring a climate emergency actually mean?

What does it mean when a Government declares a climate emergency?

When a Government makes the call to declare a climate emergency, they are stating that they are willing to mobilise society-wide resources at a sufficient scale and speed to protect their people, economy, species, ecosystems, and infrastructure. There are other aims too, such as generating awareness and understanding of what it means to be in emergency mode. Governments have entered an emergency mode in the past in times of war, so there is some precedent towards mobilising people and resources.

In December 2020, after successfully battling Coronavirus and being seen as a global leader in pandemic response, New Zealand’s PM, Jacinda Ardern turned her focus to the climate and thus New Zealand became the most recent country to declare a climate emergency. The Secretary-General of the United Nations, António Guterres, then urged all other countries to do the same and declare climate emergencies until carbon neutrality is reached. As of January 2021, 21 countries have declared a climate emergency, including the UK, Canada, France, Spain, South Korea, and Japan. The Holy See (AKA the Vatican) has also declared.

‘What does it mean when an organisation declares a climate emergency?’

When an organisation declares a climate emergency, it’s something a bit different. For an organisation, it is both a statement of intent and a call to action. In some ways, it is an act of accountability, I interpret it to say ‘we live in precarious times, we have contributed to this mess, and we want to use our financial and human resources to start unwinding the damage’.

So, who has joined the cause in terms of organisations? Dozens of UK universities, Good Energy, Pukka Pies, The Body Shop, Ecotricity, 11,000 scientists who form The Climate Mobilization Group, Patagonia, and many more. Frustratingly, most of the declarations are coming from the sustainability and environmental sector, which is to be expected. We need to see more declarations from heavy-polluting industries like construction and manufacturing.

It’s not the what, or the why that bothers me as an environmental consultant, it’s the how
Naturally, I’m pleased whenever I see a council, a company, or an organisation coming out and declaring a climate emergency because it’s great exposure to the movement and that should hopefully lead to tough action and progress.

We all know what they are doing, they’re declaring a climate emergency, and we know why they’re doing it because the climate is in a state of emergency! However, I’m concerned about how they are going about it. Are they simply throwing meaningless words and thus empty activities out there, or have they got the strategy and commitment to back it up.

As an environmental consultant, I help companies understand why environmental compliance and progress is vital, what damages they’ve done, and how they can integrate new systems and approaches to counteract those negative traits. Declaring a climate emergency is not much different, so I’m still concerned about the methodology used.

Climate strikes took place around the world in 2020, despite Covid, with peaceful protestors donning masks and gloves as they hit the streets. Some governments forbid the protests, but most of the planned 3,500 locations went ahead with their events. Greta Thunberg led a legal march of just 50 people in order to follow Covid rules. So, people are more aware, but are we doing more as a collective? It’s very difficult to see.

Method 1: Come out, declare, and see what happens

This is the method that I don’t want to see. If you’ll allow me to use the term ‘bandwagon’, then you’ll understand that I fear some organisations will come out and declare a climate emergency simply because their competitors are doing so. They could be unprepared, lack commitment, and actually, don’t have any idea where to begin.

You wouldn’t stand up and tell your family and friends that you’re going to the moon if you actually had no intention or knowledge of becoming an astronaut. Who is holding these companies accountable post-declaration?

Method 2: Seek help, define values, develop strategy, come out, declare
I’m going to share the approach that would win hearts and minds, provide logic and sensibility, and could actually deliver the necessary changes.

Seek help from someone who knows more than you. For the same reason we look to teachers, fitness instructors, and our bosses for help, we must also look to environmental scientists, environmental consultants, and sustainability experts to help draw up plans of action and specify areas that can be best targeted.
Defining values is essential. A company that pollutes their local water sources and has too many vehicles doing too many road miles might want to consider staying away from targeting gender inequality and access to education because they are not most applicable to their operations. The organisation in question must define what they care about, what fears they have, and what damages they have done, before developing a strategy.

Read the full article by clicking on the link below: 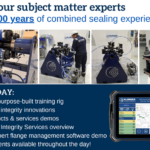 Exec Insight: Jonathan O’Halloran talks about the growth and development of QuantuMDx