Reforms to off-payroll working rules have been delayed by 12 months as part of the government’s Covid-19 economic response package.

The rules, which ensure two people sitting side by side doing the same work for the same employer are taxed in the same way, will now come into effect on 6 April 2021 instead of 6 April this year.

“We will do whatever it takes to support the British economy through Covid-19.

That is why, as well as the current support measures we have announced, we have delayed the off-payroll working reforms to April 2021.”

Off-payroll working rules, known as IR35, were introduced in 2000 to ensure that someone working like an employee, but through their own limited company, pays broadly the same tax as someone employed directly.

The reforms, announced in the 2018 Budget, are designed to tackle non-compliance with the off-payroll working rules. The reforms make medium and large organisations in the private and third sectors responsible for determining the tax status of contractors and ensuring that the right employment taxes are paid. The reforms have previously been implemented in the public sector.

The government continues to believe that it is right to address the fundamental unfairness of non-compliance with the existing off-payroll working rules, however the government also recognises that the reforms would be a significant change for both businesses and contractors. Delaying means changes will not need to be implemented until next year.

The new introduction date will be legislated in the upcoming Finance Bill. 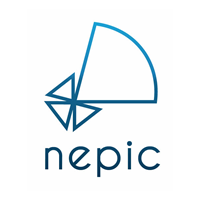