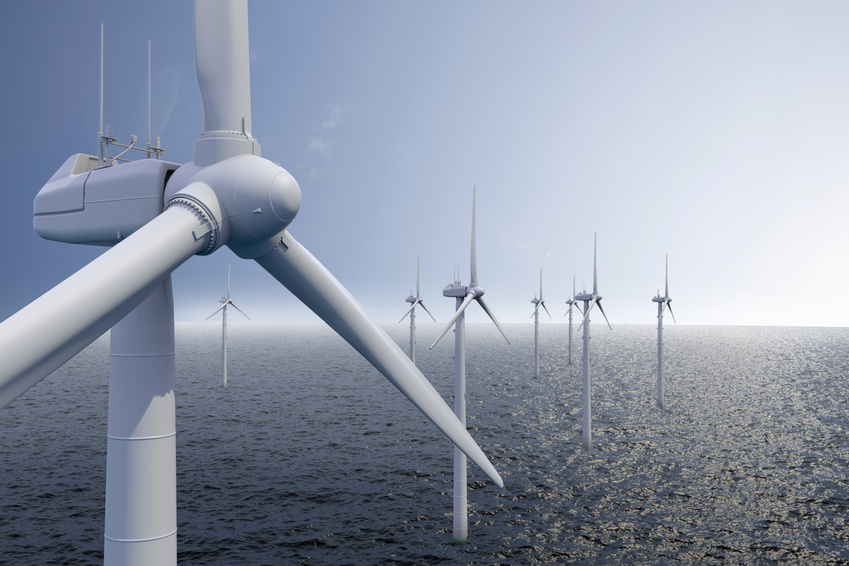 There have been a number of arc flash incidents and accidents reported on wind turbines. The arc flash hazards are similar for wind turbines as for other types of electrical installation. There are however some other things to consider with a wind turbine application:

A fire can be started by an arc flash event, escape from any fire can be more difficult due to the access and egress difficulties

Let’s look at some of the accidents and incidents that have been reported1:

In Palm Springs, California in 2000 an operator suffered severe burns from electrical fault in a fuse holder. Hospitalised for 10 days with second- and third-degree burns.
In Byron, California in 2003 an employee was performing a manual switching operation on a pad-mounted electrical transformer.

An explosion occurred during the switching operation. The employee died the following day from injuries sustained in the explosion.

In Norfolk, England in 2008 A worker was treated in hospital for burns caused by an electrical flash while working to repair the shore cables.

In Minnesota, USA in 2008 a man was burned while working on a wind turbine. The man sustained a severe electrical burn on his left arm.

In 2009, work was being carried out in the bottom power cabinet of a wind turbine in the United States. The individual was checking electrical connections when he came into contact with a busbar and an arc flash occurred, causing injury. The individual was hospitalised but later died of his injuries.

In Alcala, Spain in 2009 two electrical fires were reported on the same day on a wind farm.

In Pampilhosa Mountains, Portugal in 2009 one person killed and two injured in an electrical discharge. Two maintenance workers were electrocuted and badly injured after an incident with a high voltage line. The men suffered severe burns to their arms and legs.

The citations were issued for exposing maintenance technicians to electrical hazards from the unexpected energisation of transformers in three wind turbine towers. They failed to ensure that technicians working in the towers applied their own isolation devices to switch gear at ground level.

In Nova Scotia, Canada in 2010 there was an electrical fire in a panel.

In Shangyi County, Northern China in 2011 three wind workers killed while installing and testing a wind turbine. One worker suffered an electric shock in the nacelle. The other two workers were badly injured from the resulting fire and died later in hospital.
In Nova Scotia, Canada in 2011 an electrical problem was the likely cause of a fire that completely burnt out a turbine.

In 2012, a wind turbine in Germany caught fire. The fire started in the Harmonic Filter Cabinet as a result of a loose connection in the electrical system that created an arc flash.

In 2012 a nacelle fire on a wind turbine in Spain was started by an arc flash. An employee, carrying out maintenance in the control cabinet in the nacelle, suffered burns to hands and face and was rushed to hospital in the incident.

In Co Londonderry, Northern Ireland in 2013; substantial blaze blamed on an electrical fault. Fire crews were at the site for six hours.

In Texas, USA in 2013 a wind turbine fire, fire investigators believe the turbine either had an electrical malfunction or a bearing that overheated.

Two fatalities occurred in October 2013 in the Netherlands. Two personnel carrying out routine maintenance 80 meters above the ground were trapped by a fire. The Netherlands Times reported that, because of the height, the fire department initially had trouble extinguishing the fire.

In Meinersen, Germany in 2015 a wind turbine fire. A fire in an electrical distribution box in a turbine. The fire was within the tower and was successfully extinguished after 4 hours.

In Uedem, Germany in 2016 a fire caused by electric arcing during maintenance work in the nacelle housing burned two of three technicians present. All three escaped however two technicians were injured – one badly burned. The fire completely engulfed the nacelle and burned for 3.5 hours.

In 2018 in Maine, USA fire destroyed key parts of a 9-year-old wind turbine. The turbine’s nacelle, which houses the generator and other key mechanical components was where the fire broke out. An engineer from the turbine manufacturer concluded that the turbine experienced “an arc flash,” that led to the electrical fire.

The turbine maintenance was up to date however, the root cause of the arc flash remains unknown.

In Ipswich, USA in 2018 an electrical fire. The employee involved reported that he had no fire extinguisher available to fight the fire.

In Lackawanna, NY, USA in 2018 police and fire crews had to respond to electric arcing from wind turbine equipment on a 480 Volt line.

WHAT ABOUT THE ARC FLASH HAZARD?

Arc Flash risk in wind turbine
Looking at the incidents and accidents above, arc flash hazard and fires due to electrical faults are happening on Wind Turbines.

Here at Electrical Safety UK, we have carried out Arc Flash studies on a number of Wind Farms.

Does a typical wind farm installation differ much from other industrial type installations?

In general, the high voltage (HV) network that the wind turbines are connected to have incident energy levels well above 8 cal/cm2. The main reason for this is that the power distribution network that wind farm is connected to, can supply a significant amount of arc fault current into an arc flash event on the HV network.

We find a similar effect with conventional power stations that tend to have elevated levels of incident energy due to the fault levels available from their grid connection as well as their generators.

Interestingly, the contribution to fault levels from the wind turbines themselves is limited, as there is a solid-state conversion between the generator and the rest of the network.

If you would like more information or help in carrying out an Arc Flash Study, why not get in touch with us, using the form below? There is no charge for our initial pre-assessment visit. We would be happy to come and see you to discuss your requirements and, if required, provide you with a fixed price proposal for an Arc Flash study.

Electrical Safety Management is our core business. We provide expert consultancy and advice services for blue chip organisations across Europe concerned with the safe management of risk associated with all electrical work activities.

All of our Cable Connection & Energisation Accessories including Medium & High Voltage joints, terminations, connectors and cleats are tested to the latest international standards and supporting ranges of professional installation tools are stocked to reduce incident, accident and downtime to plant and people.