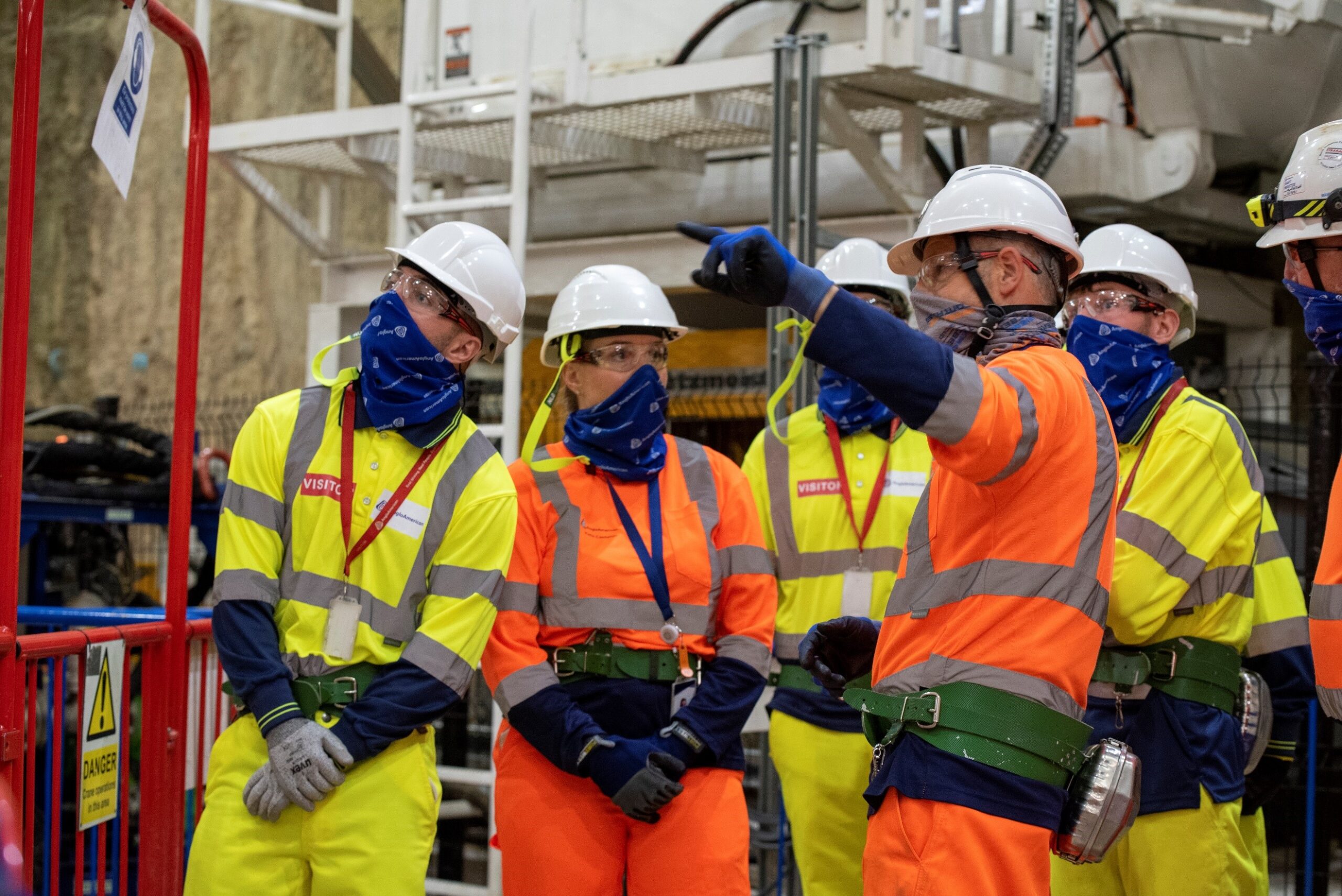 Anglo American welcomed a new intake of 15 apprentices to its Woodsmith Project today, as the company continues its push to build a locally-sourced and trained workforce for the future.

Over 500 applications were received for this year’s programme with 50 invited to an assessment day. The lucky 15 young people raise the number of apprentices on the workforce to 29, adding to the 14 recruited in September 2019.

“We’re delighted to be welcoming 15 new apprentices to Anglo American as we continue our drive to hire and develop a skilled local workforce for the long-term future of our project.”

“We have always been committed to employing as many local people as possible and this programme re-affirms that ambition.”

The average age of this year’s apprentices is 19, with the majority joining straight from school, though it includes some more experienced candidates and those with higher education qualifications. All of them live locally to the project, with 6 from in and around Whitby, 8 from Teesside, and 1 from Scarborough.

Anglo American’s Advanced Engineering Technician apprenticeship programme aims to recruit and train around 50 apprentices over the coming years. The four-year year level 3 BTEC engineering course is run in partnership with the Teesside based TTE Technical, part of Middlesbrough College Group. The first two years are based at TTE and focus on developing knowledge of electrical, mechanical and instrumentation engineering principles and putting these into practice.

The remaining two years see the apprentices undertake work-based learning at one of the Woodsmith Project sites. Anglo American will also support them to gain additional qualifications, including a Higher National Certificate (HNC).

“As a British mining engineer myself, I feel privileged and honoured to be helping to train up the next generation of engineers as we continue the construction of this world class mine.”

The Woodsmith Project currently employs 1300 people in Scarborough, Whitby and Teesside. It involves digging two 1 mile deep mine shafts at Woodsmith Mine near the village of Sneaton near Whitby, and a 23 mile transportation tunnel to a processing facility and port on Teesside.

Most of the surface infrastructure at Woodsmith Mine is being built underground and the site landscaped to minimise the visual impact on the surrounding countryside. It will mine a giant deposit of the mineral polyhalite, which will be sold as a natural, low carbon environmentally friendly fertiliser.

Future recruitment programmes will open for applicants around the turn of the year. Further information is available here.