The Environment Agency has completed a vital new Teesside flood scheme which benefits local residents and businesses and provides a significant boost to local wildlife.

Costing almost £16 million, the Port Clarence and Greatham South project has increased flood protection to Port Clarence residents from the River Tees and Greatham Creek while also creating new habitat the size of over 90 football pitches for local wildlife.

The Environment Agency joined forces with local industry to build the scheme with multinational company SABIC UK contributing some of the funding and INOVYN ChlorVinyls offering land to allow the creation of the new habitat.

Throughout the project the Environment Agency has worked closely with the RSPB and Natural England to create a scheme which maximises benefits for the internationally designated habitat which includes rare birds as well as seals. The new habitats also feature both a brand new bird hide and seal hide to give nature-lovers a close-up view of these stunning local species.

Combined with flood defences that were completed at Port Clarence in 2015, the project reduces the risk of flooding to 350 homes and 32 businesses in Port Clarence and the Seal Sands Industrial Complex.

The project therefore helps keep the local community safe while also providing stability for jobs and industry and safeguarding the future of the natural habitat in the Tees Estuary.

“When I visited Teesside in 2017 I was able to speak with the local industry representatives, the Environment Agency and the RSPB about the plans for this new flood defence scheme.

“I am delighted it is now open, better protecting hundreds of homes and businesses, helping the local economy and enhancing the natural environment by creating an important new habitat for wildlife and birds.

“This £16 million scheme forms part of the government’s commitment to better protect 300,000 thousand homes from flooding. We are investing over £2.3 billion across the country – boosting our resilience as a nation, helping our communities to grow and prosper.”

“Floods destroy lives and livelihoods. This project is a perfect example of how flood schemes can benefit everyone: communities, businesses and wildlife. We have worked closely with our partners to design a scheme which will provide better flood protection for years to come whilst also helping bird and seal populations to thrive.

“This forms part of our commitment to invest over £75 million on flood defences across the north-east of England between 2015 and 2021, better protecting thousands of homes and businesses.”

“This is a project that has lots of fascinating elements as it has a vital conservation area right in the shadow of important industry. Our aim was to protect residents, safeguard the infrastructure of business and create a haven for wildlife to thrive, and we’ve achieved all of that.

“It’s a great example of industry stepping forward to protect the future of the local economy and helping protect the environment in an important conservation area that is right on their doorstep. This has been a true partnership project which has helped us create something which benefits the entire community.

“We completely understand how devastating it is to be flooded and we have built this scheme with climate change in mind – so we really hope this now gives the community peace of mind to know they are now protected against events such as the 2013 flooding, which deeply affected the community, both now and into the future.”

The first phase of the project, which saw new flood defences built at Port Clarence to reduce flood risk from the River Tees, was finished in December 2015.

Phase two saw the Environment Agency raise existing flood embankments along Greatham Creek, to reduce the flood risk to Port Clarence and land which is south of the Creek.

They also built new flood defences to the north of RSPB Saltholme Nature Reserve, and breached the old flood defence to allow the new area to fill up with water, creating more than 36 hectares of new inter-tidal habitat. In addition, 12 hectares of freshwater habitat was also created as part of the project.

“Over the years much of the valuable natural habitat of Tees Estuary has been lost to industry and agriculture. The breaching of the old flood defence means that a large area will be reconnected to the estuary and will eventually return to its natural saltmarsh habitat, which will provide an important feeding ground for many wading birds and wildfowl, especially during the winter months.”

“We remember only too well the catastrophic tidal flooding of December 2013. It was devastating for the Port Clarence community with over 250 residents having had to be evacuated from their homes, their properties being affected and cars written off.

“Our own land was severely damaged by the flood with our employees working hard to rebuild some of the natural habitats for wildlife that exist there. A further 20 businesses were also affected at the Seal Sands complex.

“We were delighted to step in and help the Environment Agency with the funding of this vital project. We care passionately about the community and the environment where we operate. It has been wonderful to work in partnership on a project that has benefited wildlife whilst protecting residents and businesses for the future.”

“We are delighted to support this important project for Teesside. It has resulted in real benefits by providing sustainable flood defence solutions for the local people of Port Clarence and long-term habitats for local resident wildlife, so providing a section of our land to support this scheme was a simple decision for us. The results of the partnership working on this scheme are clear for all to see – what a great project with a very positive outcome.”

Contractors BMMJV (BAM Nuttall and Mott MacDonald Joint Venture) carried out the work on behalf of the Environment Agency.

Phase 1 of the scheme saw new flood defences built in Port Clarence, consisting of a mixture of earth embankments, flood walls, and a raised section of the road on the approach to the Transporter Bridge.

In addition, the Environment Agency worked together with local business Wilton Engineering to install removable steel flood defences along the River Tees to improve flood protection while still allowing Wilton to operate from the river. 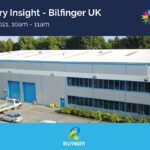