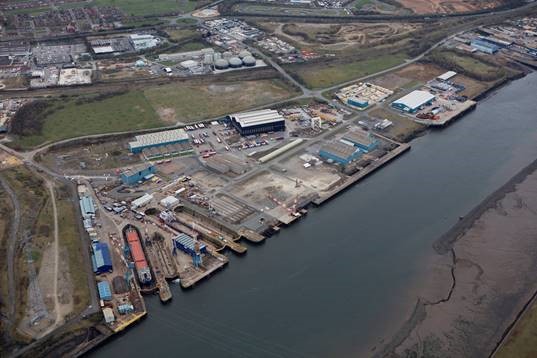 Ground-breaking work on Teesside, which will result in the recycling of billions of items of plastic waste, will take a major step forward in 2021.

Early in the New Year construction will start on ReNew ELP’s recycling plant which will convert films, pots, tubs and trays back into the chemicals and oils from which they were made. When operational it will handle around 80,000 tonnes of waste plastic a year.

Later in 2021 Poseidon Plastics will begin to build its recycling facility.

It is due to open in 2022 and be able to process the equivalent of one billion plastic bottles a year.
Much of both companies’ research and testing has taken place at The Wilton Centre near Redcar, where ReNew ELP has built a pilot plant.

The UK government has provided more than £7m towards the cost of Poseidon Plastics and ReNew ELP’s recycling plants and announcing the grants, Rebecca Pow MP – the Under-Secretary of State for the Department of Environment, Food and Rural Affairs (Defra) – said:

“The Government is committed to both clamping down on the unacceptable plastic waste that harms our environment and ensuring more materials can be reused instead of being thrown away.

“By investing in these truly ground-breaking technologies we will help to drive these efforts even further, and I look forward to seeing them develop and deliver real results.”

Scientists and researchers at a third Wilton Centre company – Mitsubishi Chemical UK Ltd – have developed a process called molecular recycling which will take end-of-life products made out of acrylic and reverse the production process to re-create the key raw material, Methyl Methacrylate (MMA): the building block of all acrylic products.

The process will be used in a new recycling plant due to open in mainland Europe in 2023.

“After everything that happened in the rest of the year, it’s easy to forget that at the start of 2020 tackling the threat caused to the environment by plastic pollution had become a top priority for many governments,”

“So it’s fantastic to see such progress being made and we’re all very proud that it’s happening at The Wilton Centre.”

“Unfortunately the impact of the pandemic will be with us for a long time.

“When it’s safe, the sneeze screens put up to protect shop staff and customers – for example – will be taken down. A lot of them are made of acrylic, but they will be able to be recycled using the technology developed here by Mitsubishi.”

By The Wilton Centre