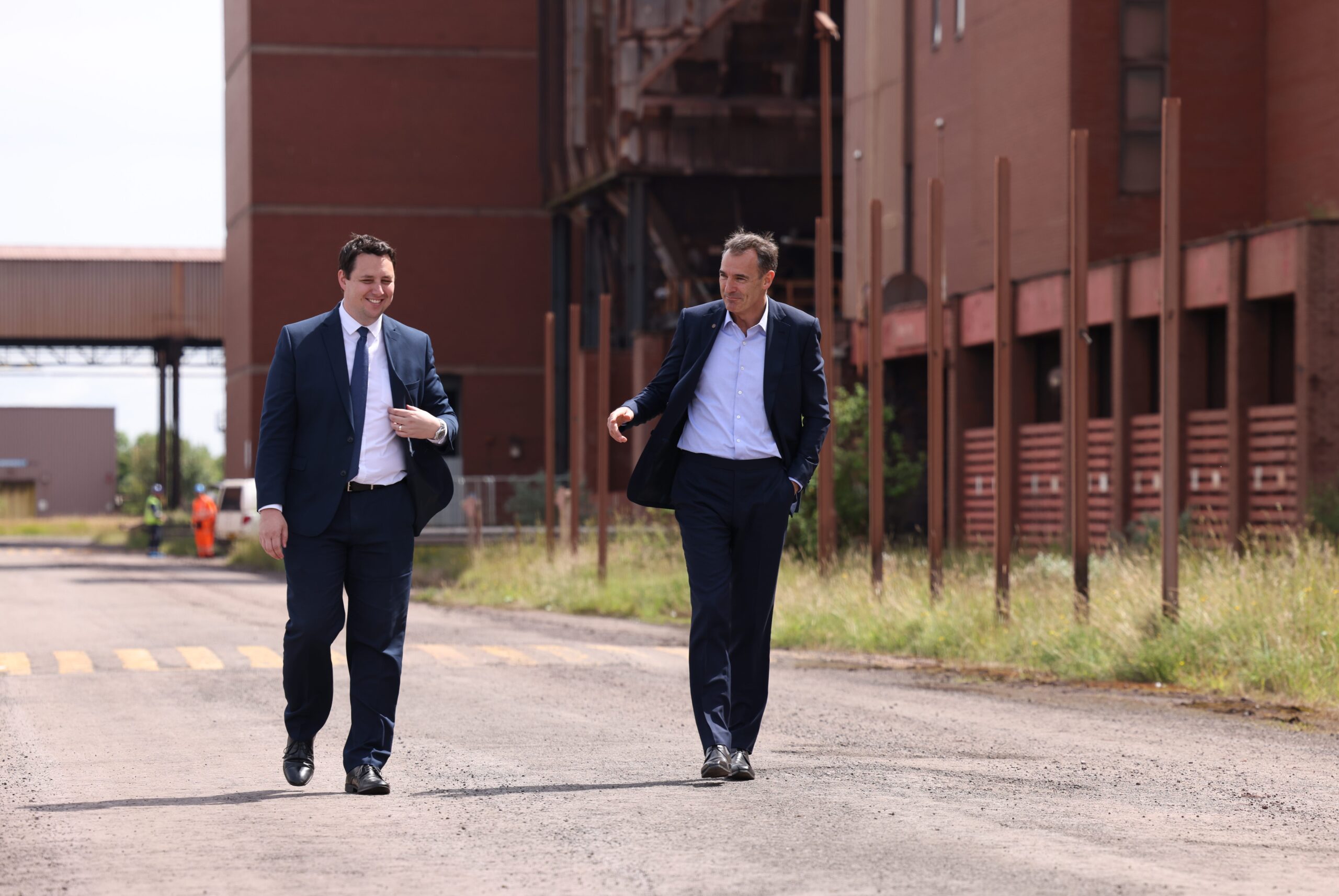 Net Zero Teesside’s carbon capture, utilisation and storage (CCUS) project has taken another huge step forward as plans were submitted to remediate 150acres of land at its proposed site at Teesworks.

This is the next stage in the scheme, in which bp is leading the development of a multimillion-pound flexible gas-fired power station with CCUS capabilities on the site.

The scheme is the Government’s preferred project to lead the UK’s net zero ambitions and will see up to 10million tonnes of CO2 emissions captured each year – equivalent to the emissions associated with the annual energy use of three million UK homes – and store it under the North Sea via a series of pipes.

As part of site clearance work needed to get the site ready, local contractors Thompsons recently carried out a series of explosive demolitions, bringing down the Redcar Stock Houses that fed the Redcar Blast Furnace alongside the Area Workshops. Plans are now with Redcar and Cleveland Borough Council to remove the scrap from the structures and clear the land.

A large crane is also in position to dismantle high-level conveyors that once carried blended sinter product across from the Sinter Plant to the Stock Houses, before then going up the main charge conveyor to the blast furnace. The crane lift is necessary as pipework below still features a special nitrogen blanket to protect the infrastructure before decontamination can be carried out.

Both bp’s global CEO Bernard Looney and its chairman Helge Lund recently visited the region to discuss these opportunities and see first-hand the progress being made at Teesworks.

“Over the past few weeks we’ve been moving faster than ever to knock down the old, dilapidated structures on the site of Net Zero Teesside so that we can get spades in the ground as soon as possible in this world leading carbon capture project.

“Not only has Net Zero Teesside been recognised by Government as a key net zero project needed to deliver their ambition for the UK to be net zero by 2050, but it will play a huge part in bp’s other ambitions for the area as we become a powerhouse in the cleaner, safer and healthier industries and jobs of tomorrow.

“Ultimately, though, this is about creating the innovative jobs of the future for the people of Teesside, Darlington and Hartlepool and as we continue to redevelop the site thousands more good-quality well paid jobs will come.”

Net Zero Teesside aims to be up and running within the next five years and, when complete, it could create 5,500 direct jobs during its construction and add £450million to the economy each year.

“We are delighted to reach another key milestone in our first of a kind development. Teesworks is an ideal home for Net Zero Teesside Power, which has the potential to deliver flexible, low carbon electricity to power around 1.3 million homes. Working closely with our partners in the region, we are incredibly proud to help put Teesside at the green heart of the UK’s energy transition”.

“The Northern Endurance Partnership will play a key role in Teesside’s journey to Net Zero, by providing the transportation and storage infrastructure which enables the decarbonization of a range of industries across Teesside and the Humber too. Today’s news is another clear signal of momentum in the East Coast Cluster following our recent selection as a one of the UK’s first two carbon capture and storage clusters by the UK Government”.

“Important demolition works have now taken place on site, and we thank residents in the area for their understanding in regard to any disturbance. It is all for the long-term gain, though, as we take another incredibly significant step towards realising this project.

“Our area can soon be very proud to be a leader in the creation of a cleaner, healthier atmosphere, which is fundamental to becoming more environmentally responsible; all whilst creating more good jobs for the people of our region. Teesside’s history has always been industry, and this is the industry of its future.”

The Net Zero Teesside Power site will host compression facilities for a network of CO2 pipelines being developed by the Northern Endurance Partnership (NEP) project, also led by bp which will capture the CO2 and store it within the North Sea Endurance aquifer. NEP was formed in 2020 as the CO2 transportation and storage company which will deliver the onshore and offshore infrastructure needed to capture carbon from a range of emitters across Teesside and the Humber as part of the East Coast Cluster.