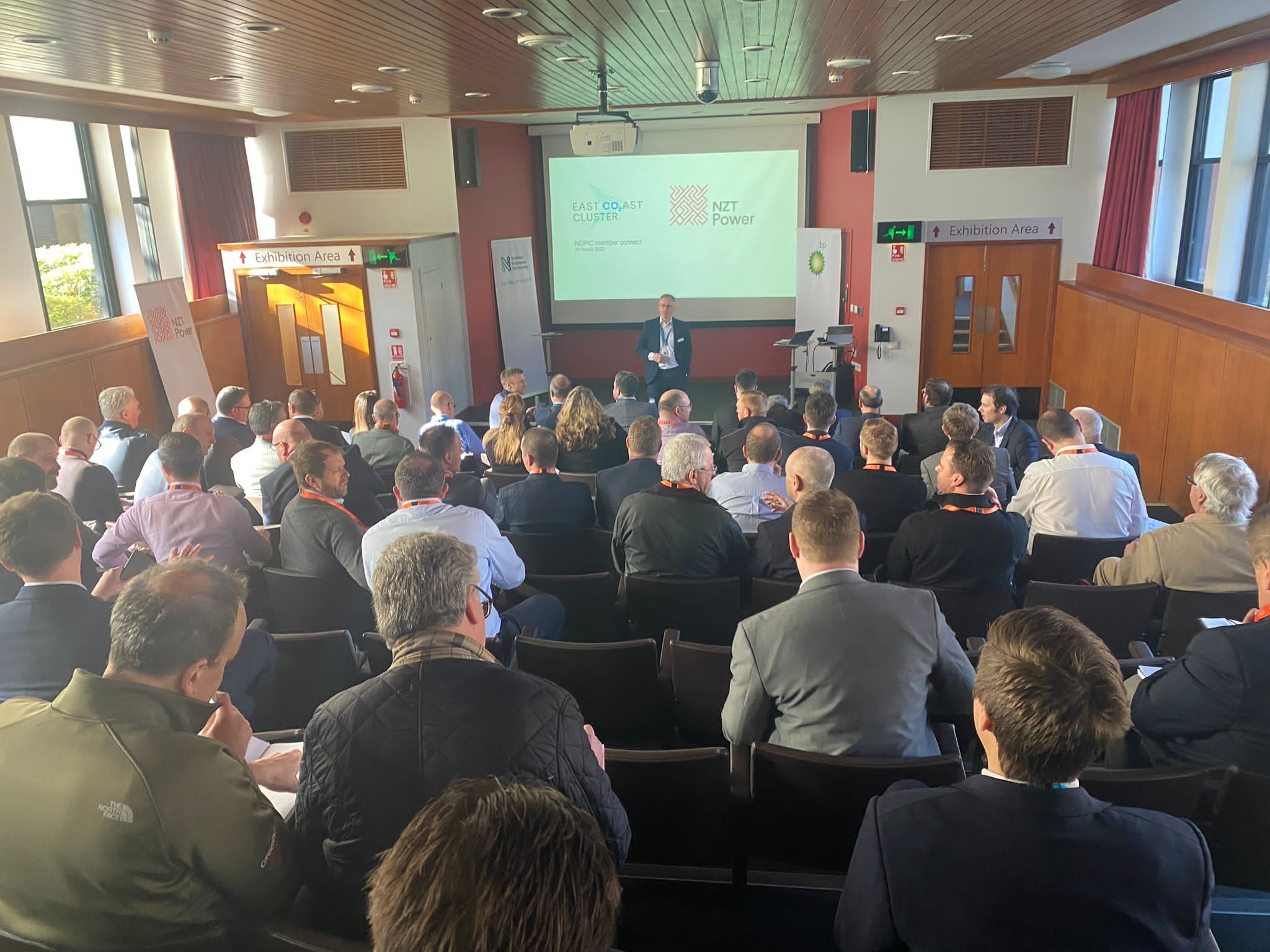 On Thursday 10th March, we were delighted to be joined by bp, Net Zero Teesside and East Coast Cluster, as they provided an update to member companies about the projects they are leading on Teesside.

Representatives and NEPIC members gathered at the Wilton Centre, where bp detailed their involvement around the Net Zero Power Plant at Teesworks, decarbonisation projects and the CO2 Capture pipeline and subsea network.

Over 60 NEPIC member companies were in attendance eagerly listening to the update and discussed the potential opportunities available, shared best practice and a networking session concluded the event.

“NEPIC exists to network our members, across the process cluster, together to develop business and collaborative opportunities and share best practice. Thursday’s event with bp and 60 supply chain companies was a great example of this.

“bp described a number of their Teesside projects related to decarbonisation and hydrogen production. They also brought their Tier 1 FEED contractors specifically for Net Zero Teesside to the meeting to allow them to discuss subcontract work with NEPIC members.

“Many searching questions were asked and expertly answered by a very senior bp team followed by a general networking session. I would like to thank the bp team and all our members for attending and making this such a successful event.”

“It was fantastic to be back in Teesside – where my father worked, and I grew up – and to talk to NEPIC members about the progress bp has made on its two low carbon hydrogen projects.

“We announced that we have entered Pre-FEED for H2Teesside and will do the same shortly for HyGreen Teesside. Both projects will help support the region, which is perfectly placed to become a world-class, low carbon hydrogen hub, by creating thousands of jobs and boosting green skills.”

“The NEPIC Cluster connect was a great opportunity for bp to share details of the upcoming projects in Teesside and to engage with local contractors and stakeholders. Such events are key in enabling the success of the project through providing transparency to the supply chain of the project schedule and opportunities of how to get involved. There was huge amount of enthusiasm and questions asked – we will look to do more in the future!”