The government launched its new planning White Paper in August, proposing a raft of changes to the planning system.

Whilst often subject to ‘tinkering’, this marks a wholesale review which seeks to speed-up, simplify and modernise the planning system which originated in the 1940s.

Should the proposed changes come forward in their current format, this would impact upon councils, landowners and operators across Teesside and the UK.

Under the proposals, councils will create new format Local Plans which will designate land into one of three categories – growth, renewal or protection.

Sites in growth areas will have automatic outline planning permission, significantly reducing the amount of red tape to get building underway and providing more certainty on development prospects.

Those who engage in the planning process will also know the variety of forms which local planning policies can take.

These would be no more, with policies only at a national level and Local Plans being map based.

Crucial for landowners/ businesses will be to translate business plan objectives into formal engagement with local authorities, to ensure their land is allocated for growth within these revised proposals maps.

There are many other changes proposed to the current system such as a new standardised development levy to replace the complex Community Infrastructure Levy; fewer proposals being determined by planning committees (such as those in Growth areas); and a focus upon Design Codes to minimise subjectivity in design.

Hopefully that process will be led by and facilitate new workstreams for architects.

One proposal which won’t surprise many is the ambition to ensure improvements in the energy efficiency standards for buildings, to help deliver commitment to net-zero by 2050.

We are already seeing Councils seeking to tackle this eg increased electric vehicle charging provision.
At the county level, it remains to be seen whether this will be task for the individual local authorities or a new ‘Teesside (or Tees Valley) County Council’.

We know the government is considering proposals to scrap district and county councils in England in favour of fewer, larger authorities which control all services including planning.

Some councils (Hartlepool, Stockton-on-Tees and Redcar and Cleveland) have recently adopted Local

Plans and would, if required, start from scratch with a new Local Plan. Other councils (Middlesbrough and Darlington) are in the midst of preparing new Local Plans, which could therefore become out of date in a short timeframe.

With the final format of the planning proposals and timescales unknown, is it worth freezing the process or pressing ahead?

In any event, it is extremely likely that we’ll be dealing with a new Planning Act and a new way of planning in the near future.

Therefore, now is the time for industrial occupiers, assets owners and their teams to review their assets and growth strategies in order to identify expansion opportunities and be best placed to present a case for their land to be allocated for ‘Growth’.

Similarly, local authorities would be wise to inform such interested parties with growth ambitions in the region as to the changes ahead. 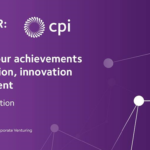 Apply to be part of the Go Further Index