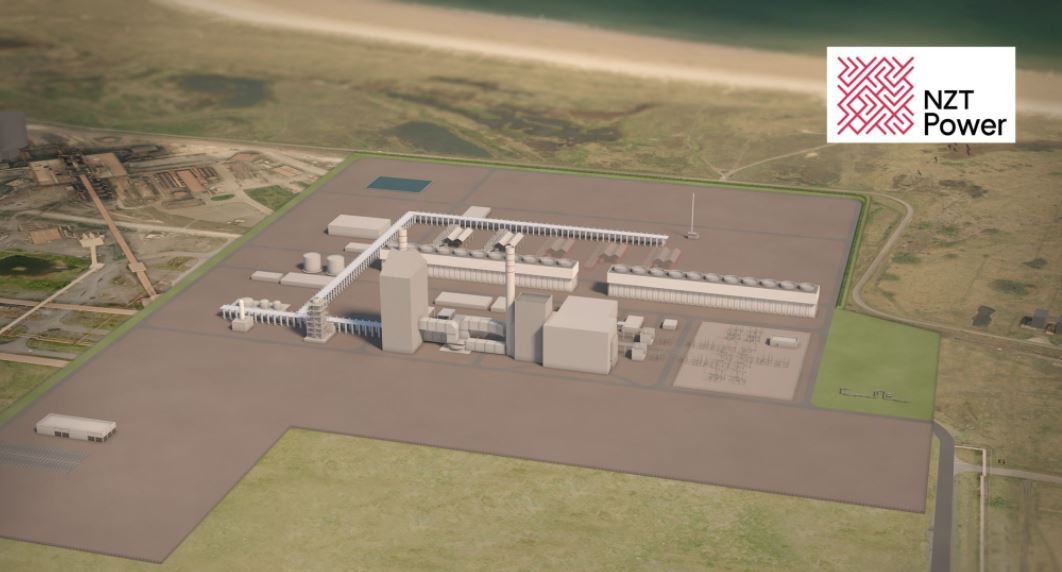 Net Zero Teesside Power’s carbon capture, utilisation and storage (CCUS) project has hit another major milestone as the first contracts for a design and development competition have been awarded to two engineering consortiums.

On behalf of its partners, bp – the operator of Net Zero Teesside Power – awarded the contracts for both the multimillion-pound flexible gas-fired power station with CCUS capabilities and the Northern Endurance Partnership’s facilities which will gather and compress CO2 and export it offshore for storage.

The groups will each deliver a comprehensive Front End Engineering Design (FEED) package, led from their UK offices, over the next 12 months. Following this, they will then submit proposals for the execution phase. As part of the Final Investment Decision expected in 2023, a single consortium will be selected to take the project forward into construction.

The scheme is the Government’s preferred project to lead the UK’s net zero ambitions and will see up to 10million tonnes of CO2 emissions captured each year – equivalent to the emissions associated with the annual energy use of three million UK homes – and store it under the North Sea via a series of pipes. The scheme aims to be up and running within the next five years and could create 5,500 direct jobs during its construction and add £450million to the economy each year.

“Just days after local firm Thompsons carried out a large-scale explosive demolition project, and we lodged plans to clear the site on Teesworks where Net Zero Teesside Power will sit, we now have this incredibly welcome news.

“This announcement shows how fast our plans are accelerating to deliver this game-changing facility on Teesside. Net Zero Teesside Power is a flagship project to put our region front-and-centre in delivering the cleaner, safer and healthier industries of the future.

“It has been recognised by Government as a key project needed to drive the UK’s net zero ambitions and it will also put us on the map for other businesses looking for locations for their own low-carbon projects. What’s more, it’ll do all this while creating the thousands of well-paid, good-quality jobs people from across Teesside, Darlington and Hartlepool people deserve.”

“Moving to Front End Engineering Design is a major step forward for Net Zero Teesside Power and the development of the Northern Endurance Partnership. This first-of-a-kind project has the potential to deliver enough low carbon, flexible electricity to power around 1.3 million homes, and can help secure Teesside’s position at the green heart of the country’s energy transition.”

“The Northern Endurance Partnership will play a key role in the UK’s journey to Net Zero, by providing the transportation and storage infrastructure which enables the decarbonization of a range of industries across Teesside and the Humber too.

“Today’s news is a clear signal of momentum within the East Coast Cluster following our selection in October as one of the UK’s first two carbon capture and storage clusters by the UK Government.”

“An important milestone has been reached in the progress of this new low-carbon facility’s realisation. Things are progressing quickly, which is testament to the dedication of all those involved in the UK’s much-needed energy transition, and we are incredibly proud to be the area recognised as the driving force behind this nationally. Before long, the many thousands of good jobs this facility will create will need to be filled, providing a huge boost to the region and the hard-working people who reside here.”

“Net Zero Teesside represents another trailblazing innovation of the kind that is putting Teesside at the very centre of the UK’s Net Zero ambitions.

“Once completed, the Net Zero Teesside project will provide low-carbon electricity to over 1 million homes using carbon capture technology to help meet the demands of the UK Government’s 10-point plan for a Green Industrial Revolution.

“Having consortiums of such prestige working towards the designs which will make these innovations a reality is a hugely important step and I am delighted to see the progress that continues at pace with this project, delivering new, clean, green jobs for Teessiders.”

“The signing of the dual FEED contracts today is the culmination of an extensive market engagement process over the past 18 months and we are excited to be working with the selected Aker and Technip UK-led consortiums.

“Our contracting strategy enables early selection of carbon capture licensors and power providers along with EPC & construction contractors to minimize the technology and execution risks whilst allowing each consortium to differentiate themselves in their designs and execution approaches.”

“We are honoured to have been selected, along with GE Gas Power, our consortium partner, to work on Net-Zero Teesside Power, a flagship carbon capture project in the UK energy sector. Led by Technip Energies, the consortium will be supported by Shell Catalysts & Technologies, provider of the licensed Cansolv CO2 capture technology and Balfour Beatty, our UK construction partner.

“Our capabilities in carbon capture projects and technology integration, combined with GE Gas Power’s expertise in natural gas combined cycle plant engineering, operability, and plant integration, will support bp’s goal of developing one of the first decarbonised industrial clusters in the world. This project perfectly illustrates that cross-industries collaboration is central to reaching net-zero targets.”

“Net Zero Teesside is a landmark development for the UK and an important step on the journey to Net Zero.

“Our consortium of Aker Solutions, Siemens Energy and Doosan Babcock is exceptionally proud to be working together with bp on this ground-breaking project to support the energy transition.”