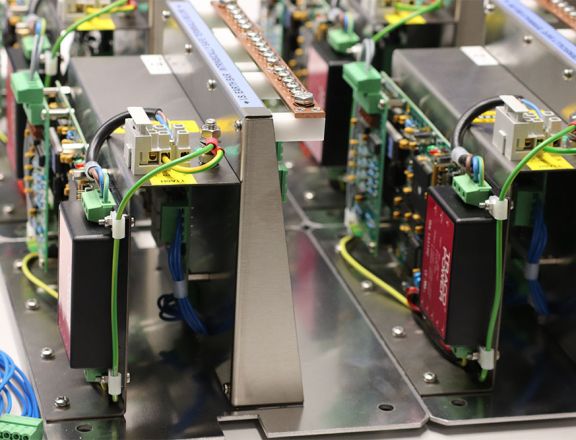 MHT Technology sent a record 64 Temperature Multiplexers out of the door this week, heading all the way to the Arctic.

The TM188 devices will be used in the construction of an LNG facility on the Siberian coast, where they will perform an important function monitoring temperatures of the vast LNG storage tanks, ensuring the safety of the many workers at the site and the Arctic environment.

The TM188 devices were selected for this project for their track record of reliability in this harsh environment earned on the Yamal LNG site, and compliance with Russian safety standards for use in explosive atmospheres.

The devices integrate easily into automated control systems by virtue of their Modbus over RS485 server interface with which the engineers at the site are familiar.

MHT was delighted to receive the order back in August: one of the largest hardware orders in the history of the company. Despite a challenging year with the global pandemic and government COVID restrictions, we still managed to ship the order out the door on time with efficiency and have ended the year with great success.

Preparations began at MHT back in May and the logistics needed to be carefully planned by the team. Support for the production department was planned; training was provided to allow colleagues with experience in field service and commissioning of the devices to assist in their production, duties were reassigned to others not directly involved in the production.

“To fulfil the order and go above and beyond we planned very early on, even before we received the official order. Extra early morning work helped. We looked at a few assembly processes and speeded up these processes without compromising quality.”

MHT worked closely with its suppliers to achieve the delivery deadline. Efforts were made to build on existing, and make new relationships with our suppliers which led to a smooth procession of work.

The commitment from MHT staff was praised; Steve Spelman, Managing Director, gave a statement, “It has been a tremendous effort by everyone in the company, and I commend those who worked tirelessly to deliver this order for their dedication.“

How important is the Arctic as an LNG source?

The Arctic is becoming a major source of oil and gas; in 2008 the USGS estimated that the Arctic could produce 1,669 trillion cubic feet of natural gas.

With an increasing worldwide demand for natural gas a Russian company, partnered with companies in China and France, is the first to exploit these reserves.

The main barriers to the exploitation in the past have been the harsh conditions making extraction hard and not least the difficulty in getting the gas to market across a distant and harsh terrain.

By liquifying the gas it can be transported by ship; a technology pioneered in the 1950’s but advanced to fulfil the requirements the extreme conditions present.

Although Russia is the first country to bring large scale production of LNG in Arctic waters online, other projects in the area are being explored in Norway, Canada and Alaska. While carbon-free energy is the goal of many countries, natural gas is seen as a “bridge fuel” emitting less than half the carbon dioxide per unit of energy produced than coal.

What is the TM188 temperature multiplexer used for?

The TM188 Temperature Multiplexer can receive signals from up to 16 temperature probes and relay the temperature readings to a computer for visualisation while situated in an explosive atmosphere. It is important to monitor the skin temperatures of LNG tanks during a phase in the commissioning of an LNG tank called “cool down”, which is when the tank is carefully brought down to -160°C before it is filled properly. If the tank is cooled too quickly the metal in the skin (inner wall) of the tank will get stressed and could fracture.