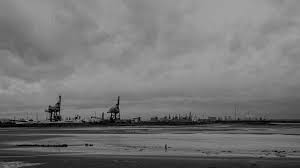 An ambitious blueprint to deliver the world’s first low-carbon industrial sector and over £1 billion to cut emissions from industry, schools and hospitals has been announced by the Business and Energy Secretary.

An ambitious blueprint to deliver the world’s first low-carbon industrial sector and over £1 billion to cut emissions from industry, schools and hospitals has been announced by the Business and Energy Secretary today (Wednesday 17 March).

Building on the Prime Minister’s 10 Point Plan for a Green Industrial Revolution published last year, the new Industrial Decarbonisation Strategy sets out the government’s vision for building a competitive, greener future for the manufacturing and construction sector. Part of the government’s path to net zero by 2050, today’s measures will create and support 80,000 UK jobs over the next 30 years whilst cutting emissions by two-thirds in just 15 years.

The new strategy will be underpinned by supporting existing industry to decarbonise and encouraging the growth of new, low carbon industries in the UK to protect and create skilled jobs and businesses in the UK, as well as giving businesses long-term certainty to invest in home-grown decarbonisation technology, such as that which can capture and store carbon emissions from industrial plants – rather than outsourcing industrial activity to high-emission countries around the world.

The blueprint also includes measures to build on the UK’s leading efforts in moving towards greener energy sources, with an expectation of 20 terawatt hours of the UK industry’s energy supply switching from fossil fuel sources to low carbon alternatives by 2030 – helping industry to increase its use of low carbon energy sources to around 40% of industry’s total energy consumption.

To kick start the process, £171 million from the Industrial Decarbonisation Challenge has been allocated to 9 green tech projects in Scotland, South Wales and North West, Humber and Teesside in England, to undertake engineering and design studies for the rollout of decarbonisation infrastructure, such as carbon capture, usage and storage (CCUS) and hydrogen.

To reduce carbon emissions from public buildings including hospitals, schools and council buildings, £932 million has been directed to 429 projects across England. The Public Sector Decarbonisation Scheme funds low carbon heating systems, such as heat pumps, and energy efficiency measures like insulation and LED lighting.

The government will also introduce new rules on measuring the energy and carbon performance of the UK’s largest commercial and industrial buildings, including office blocks and factories, in England and Wales. The move could provide potential savings to businesses of around £2 billion per year in energy costs in 2030 and aim to reduce annual carbon emissions by over 2 million tonnes – approximately 10% of the current emissions from commercial and industrial buildings, the equivalent to removing emissions from a town the size of Doncaster.

While reaching our climate targets will require extensive change across our economy, we must do so in a way that protects jobs, creates new industries and attracts inward investment – without pushing emissions and business abroad.

Ahead of COP26, the UK is showing the world how we can cut emissions, create jobs and unleash private investment and economic growth. Today’s strategy builds on this winning formula as we transition low carbon and renewable energy sources, while supporting the competitiveness of Britain’s industrial base.

Backed by more than £1 billion investment, today’s plans will make a considerable dent in the amount of carbon emissions emitting from our economy and put us on the path to eliminate our contribution to climate change by 2050.

The Industrial Decarbonisation Strategy will send a clear signal to the market by setting out how the government expects decarbonisation to happen, while improving investor confidence to unleash the private capital necessary to reach net zero by 2050. In the process, the government will create the right framework for new industrial sectors to base themselves in the UK and attract inward investment, while future-proofing businesses to secure the long-term viability of jobs in our industrial heartlands.

Other key commitments within the Strategy include:

The Industrial Decarbonisation Strategy marks another vital step in the UK’s plans to achieve its net-zero emissions target. Creating and championing competitive low-carbon industries will ensure the benefits of a green economic recovery, and the longer-term transition to net-zero, are shared across the whole country.

Ahead of COP26, this is a welcome demonstration of the UK’s commitment to act on climate change, to make our post-pandemic recovery a green one, and to give businesses the certainty they need to invest in the technologies of the future.

We welcome the government’s announcement of the Industrial Decarbonisation Strategy and the accompanying funding investment which will help create much needed green jobs as manufacturers work to come out of the current COVID crisis and rebuild.

The promise of financial help is critical. Britain’s big corporations have large ring-fenced budgets for green initiatives, but our smaller firms will need support to make sure they are able to make the changes necessary to ensure the UK meets its carbon targets and that they can benefit from the dramatic changes to the way industry will work in the coming years.

Plans to reduce carbon emissions in industrial buildings is particularly welcome as it will enable our SMEs to get started with this most urgent and basic need, before even green tech projects. Manufacturing is key in driving the solution to the green agenda and the whole industry is working together to lead the race to Net Zero.

We welcome the ambition to cut heavy industrial emissions by at least two-thirds by 2035. With continued ambitious support on innovation and the development of stable market mechanisms, the decarbonisation of heavy industry can provide UK businesses with competitive advantages in the production of low carbon industrial goods and deliver significant benefits in terms of job creation, skills development and the revival of industrial heartlands in many parts of the UK.

The announcement of £171 million funding is a significant step in our progress of supporting largescale decarbonisation efforts, and we are looking forward to working alongside the projects as they put their revolutionary plans into action. The benefits to these regional clusters will be substantial, both in terms of the environmental impact, as well as the opportunity for jobs and increasing the global competitiveness of industry in the areas. It once again demonstrates the UK’s industry as being at the forefront of innovation and creating greener solutions for the future.

The areas receiving £932 million government investment through the Public Sector Decarbonisation Scheme (PSDS) in England include:

Hydrogen energy and carbon capture, usage and storage (CCUS) project HyNet North West will receive almost £33 million funding for 2 projects that aim to transform the North West of England into a low carbon industrial cluster by 2030 – including Liverpool, Greater Manchester, Cheshire and North Wales. Two projects will look to decarbonise industry by directly capturing and storing emissions, creating a hydrogen economy across the North West, this includes repurposing old oil and gas facilities for carbon transport and storage. The projects will reduce carbon dioxide emissions by 1 million tonnes per year from 2025, rising to up to 10 million tonnes per year from 2030 and beyond, the equivalent of taking 4 million cars off the road. HyNet North West will provide green energy for local homes and businesses – a blend of hydrogen and natural gas.

As a result of government funding, HyNet North West aims to create thousands of new jobs in the North West by 2025, while protecting and retaining skilled jobs, attracting new talent and providing learning, training and upskilling opportunities.

Over £31 million for Scotland’s Net Zero Infrastructure project will fund important offshore and onshore engineering studies connecting industrial sites across East Scotland with access to world-class, safe carbon storage resources in rock deep below the North Sea. This programme of new work and reusing infrastructure will provide a significant boost to the region’s fast-growing low carbon credentials, paving the way for onshore and offshore developments totalling in excess of £3 billion, helping Scotland transition away from oil and gas, creating and securing tens of thousands of jobs by 2050.

Net Zero Teesside and the Northern Endurance Partnership will receive over £52 million for 2 projects that aim to decarbonise the Teesside industrial cluster in the mid-2020s. The projects aim to use the funding for a world-first flexible gas power plant that uses carbon capture, usage and storage and that complements renewable energy, and to create an offshore CO2 transport and storage system. Together the projects could capture around 2 million tonnes of CO2 annually from 2026, decarbonise 750MW of power and reduce the region’s industrial emissions by a third. As a result of the government funding, the projects could create £450 million in economic benefits and create up to 5,500 direct jobs.

Over £21 million for the Zero Carbon Humber Partnership project which aims to turn the Humber region into a net zero cluster by 2040. This project’s vision is to deliver H2H Saltend, one of the world’s first at-scale low carbon hydrogen production plants on the north bank of the Humber, and CO2 and hydrogen pipelines enabling industrial sites and power stations across the Humber to switch to hydrogen and/or capture and transport their emissions.

A further over £12 million will be awarded to project Humber Zero which plans to decarbonise the industrial complex at Immingham, North East Lincolnshire, by creating a carbon capture and hydrogen hub, providing cost-effective and low carbon energy supply and storage opportunities to industry and the National Grid.

With the Humber region creating 40% of the UK’s industrial emissions, these projects aim to capture 25 million tonnes of carbon every year. It will create a low-carbon hydrogen energy supply chain to power the region’s homes and businesses, while safeguarding tens of thousands of jobs.

Nearly £20 million will go to the South Wales Industrial Cluster which aims to create a net zero industrial zone from Pembrokeshire to the Welsh/English border by 2040, which will open up opportunities for South Wales to become a leader in decarbonised industrial and economic growth. The project will look at options to support the deployment of hydrogen across regions and to develop carbon capture, usage and storage. South Wales industry produces nearly 9 million tonnes of carbon each year – 12% of UK’s industry’s total. The project will therefore create a sustainable plan for the region, through the production and distribution of hydrogen, cleaner electricity production using carbon capture and/or hydrogen-rich natural gas and large industry decarbonisation through fuel switching and the production of cleaner transportation fuels.