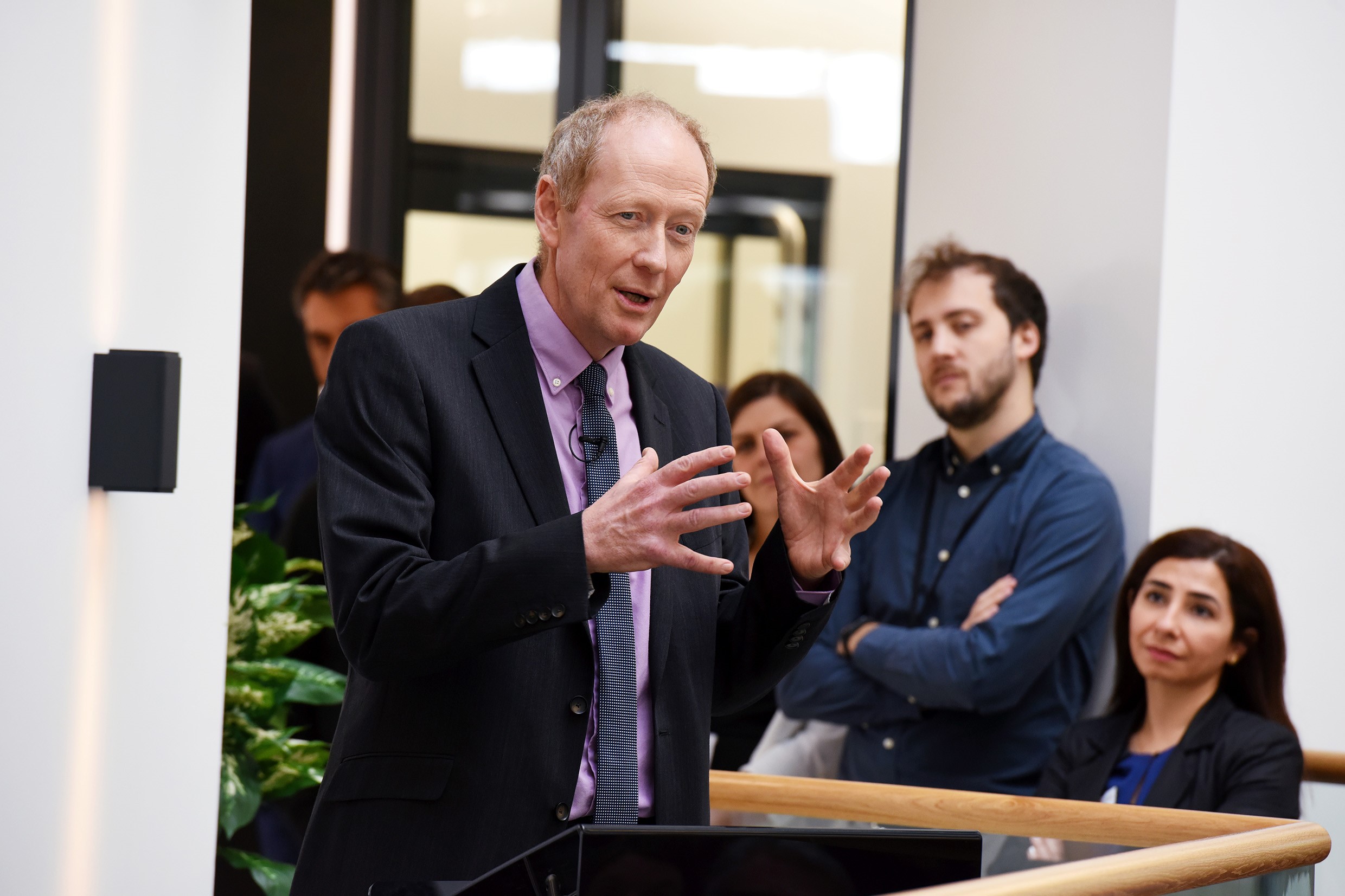 Teesside University’s National Horizons Centre (NHC) is set to become a key catalyst in attracting major funding to the Tees Valley, according to one of the UK’s foremost bioscience business leaders.

Steve Bagshaw, the former Chief Executive of Fujifilm Diosynth Biotechnologies Ltd, has taken up a new position as Chief Industry Advisor for the NHC helping the £22.3 million national centre of excellence keep abreast of latest developments in the life sciences field and ensuring its training and research meet the needs of business.

Steve, who joined Fujifilm Diosynth Biotechnologies in 2004, is now the global contract developer and biopharmaceuticals manufacturer’s non-executive chairman after stepping down as chief executive earlier this year following six years at the helm.

At the NHC, he will work alongside the recently-appointed director, Dr Jen Vanderhoven, to help it deliver its mission to develop the workforce of the future, while upskilling and training employees in the latest developments in bioscience.

He said the centre is set to play a big part in helping the Tees Valley take advantage of the Government’s commitment to build the UK’s bioscience sector and follow through on its levelling-up agenda.

“The Government has made a big point about investment in research and development with significant extra resources committed.

“But to attract that investment you’ve got to be willing to put your own neck out which is something Teesside University has done, in conjunction with the Tees Valley Combined Authority to get the National Horizons Centre off the ground.

“We were very excited about the potential of the National Horizons Centre at Fujifilm and I was one of the people who wrote in support of it.

“We could see there was a training need, not just for undergraduate courses, but for applied learning, a mix of continuous professional development and basic skills training.

“The team that Jen is putting together is of extremely high-quality with vast amounts of knowledge and knowhow in this industry.

“They really have the potential to partner with firms like Fujifilm and really add value.”

“Steve has a formidable knowledge of international biosciences sector and is widely renowned in the UK and beyond.

“I am sure that his expertise will make a substantial impact to our work here at the National Horizons Centre and I am delighted to welcome him to our team.”

Click here for more information on the National Horizons Centre.